The making of a controversy

If a decision is to be made in an emergency situation in which there is no opportunity for proper consultation or in-depth consideration, then there is a possibility of error.

But the decision of extension in the tenure of Army Chief General Qamar Javed Bajwa was made not in any emergency situation. The prime minister had made up his mind in March for this extension as he disclosed to journalist Irshad Bhatti in a meeting. It means that the prime minister had ample time of nine months to think and act.

Similarly, if a decision is to be made by a single person, then there are chances of a mistake, but the extension of the army chief’s tenure was not a matter to be decided by a single person in secret. It was a crucial decision related to the head of the most organised and sensitive institution of the country. Procedurally, the PM’s Office, President House, cabinet and ministry of law and justice have a vital role in making the decision. Due consideration and proper consultation with all the concerned quarters are the prerequisites for taking such an important decision. Keeping these aspects in mind, the mess created by the government on this issue seems even more shocking.

Everyone knew that General Bajwa was retiring on November 29, 2019, and it was also clear that Imran Khan and Arif Alvi would also be the prime minister and president of Pakistan, respectively, by November 28. But mysteriously, a notification was signed by the prime minister on the PM’s letter pad on August 19 in which an extension of three years was granted — on grounds of the regional security situation — to COAS General Bajwa on the completion of his tenure.

But the government turned a simple issue into a big controversy by issuing a notification with the prime minister’s signature on the prime minister’s letter pad without following the relevant rules and due procedure. The government provided a ground for politics, controversy and debate on the issue. But neither the opposition nor the media politicised or sensationalised the issue.

The media and opposition had the opportunity to question why the decision was made three months prior to the end of the army chief’s tenure, as well as how and why the government knew that what would be a security situation after three months. But they showed restraints on such a sensitive issue and remained silent. Otherwise, the government had no convincing ground and satisfactory explanation about the decision made in August.

The issue became a mystery at the hands of the government when President Arif Alvi said in an interview with journalist Asma Sherazi in September that neither had the matter of the army chief’s extension come to his office nor had he signed any such extension.

As a result, questions again arose over why the prime minister had signed the notification on August 19, why due procedure was not followed and why the process was not completed by the time of President Alvi’s interview (September 12). Again the opposition remained silent and media avoided the matter for the sake of the larger national interests.

Suspense and mystery over such a sensitive issue continued for two months. But, shockingly, President Alvi, in an interview with Mehar Bukhari on November 13, changed his earlier statement and said that he had signed the army chief’s extension summary but had forgotten that he had during that September 12 interview. He could still not recall the exact date of his signature.

The story does not end here. The PM’s Office issued a statement in the last week of November about the appointment of General Nadeem Raza as Chairman Joint Chiefs of Staff Committee in which it was also stated that the three-year extension order in tenure of the COAS had been issued on August 19. Now the question is that if the extension order was signed in August, then why did the government not clarify the exact date of notification despite a lapse of three months and all the rumours, and the conflicting claims by President Alvi, the supreme commander of Pakistan?

And then, when a mysterious man mysteriously challenged the army chief’s extension in the Supreme Court, the very next day, the attorney general of Pakistan submitted, thought it was not yet demanded by the court, all the documents in the Supreme Court about the army chief’s tenure extension. These documents spoke volumes of the government’s incompetence and blunders. The real Pandora’s box was opened when such documents of contradictions and blunders were discussed in the court and in the media.

The million-dollar question is: why did the government not give legal shape to such a crucial and sensitive issue in those three months, despite having top legal brains and political experts like Farogh Naseem and Ali Zafar, and especially legal guru Babar Awan? If there was any legal lacuna in the matter, then why was it not addressed after the first embarrassing hearing in the Supreme Court? The next day, the government again came with other blunders — despite having convened two cabinet meetings on a single day — in which the prime minister has given approval of one thing, the president of another and the summary contained differed words.

Time will prove who did what and why. But what happened in those three or four days not only paved the way for a potential clash among institutions but also created an embarrassing situation for Pakistan and its dignified institutions at an international level.

What happened was disappointing and it should not have happened. Now the question is: why did it happen and what will be its consequences? Two theories are circulating on the question: one is that of a conspiracy theory and the other one of incompetency.

The conspiracy theory has some validity on the ground that how could a government consistently commit such blunders on such an important issue when it had three months time to sort it out, had top legal brains and a proper procedural mechanism of consultation and involvement of the cabinet, the prime minister and the president? If it was a mistake and not an intentional blunder, then the question is why there is no action against the principal secretary to the prime minister, and the minister for law and justice? If it was done intentionally as a conspiracy, then it would certainly have far-reaching and dangerous consequences.

On the other hand, if it is proved to be incompetence, then it will also bring dire consequences for the government. Because now every concerned person and institution will think that if the government deals with a single notification in such a haphazard way and creates such a mess of a simple issue, then what they will do with the most sensitive issues of the country, its economy and complex matters of foreign policy?

The writer works for Geo TV.

The PIC attack: Our collective shame

Out of the IMF loop 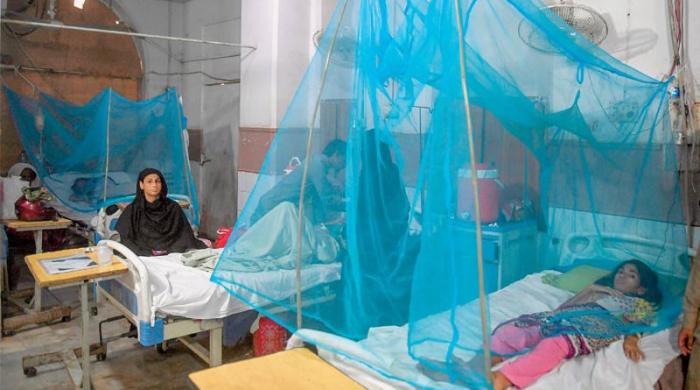 Dengue 2019: The challenge and the response