KARACHI: Pakistan U19 opening batter Haider Ali has said that he wants to emulate Indian batting maestro Rohit Sharma, and wants to score a double century like him in limited-over cricket.

Haider told Geo.tv from South Africa — where he's representing Pakistan in the U19 World Cup — that the Indian cricketer is a brave batter and he wants to play like him.

"My role model is Rohit Sharma, I want to be a batsman like him. He bats so bravely and confidently, I want to emulate his style of batting," Haider said.

"Of course, scoring a double century in one day cricket is my dream. My aim is to score as big as possible. As an opener, I try to score big so that team can get a solid start," he said.

Haider made his first-class debut last year, playing for Northern, where he scored 654 runs in 13 innings.

"I scored 99 on my debut, then scored century in the final of Quaid-e-Azam Trophy, and that performance boosted my confidence. I was aiming to score around 800 runs in the season and I was almost near to my target as I played just seven games," he said.

The 19-year-old batsman is now focusing on doing his best for Pakistan in the U19 World Cup as they prepare for the quarter-final on Friday against Afghanistan.

"We have got ample time to prepare for the knock-out match. I am confident that we'll continue our march in the tournament," Haider said.

"The tournament provides us a great opportunity to show our skills and cement a place in Pakistan squad. I am looking forward to getting the maximum advantage [from] this platform of U19 cricket, prove myself, and get selected for Pakistan team," he added. 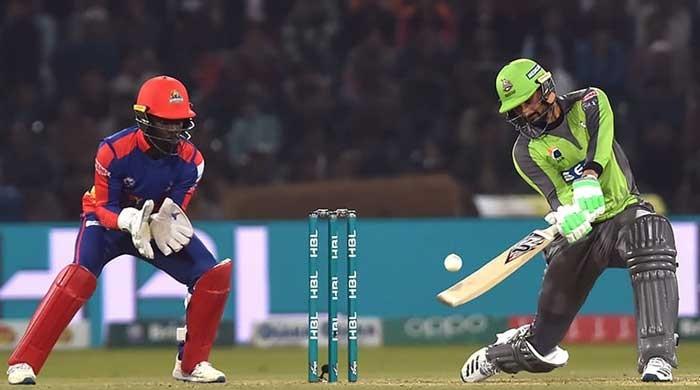