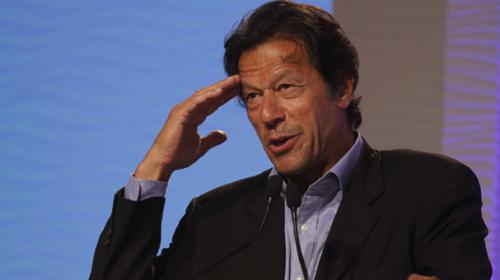 The PTI chairman made the confession in an exclusive interview with GEo News senior anchorperson Hamid Mir.

Speaking to Mir about the successes of the year 2015, Khan said that the inauguration of the Shaukat Khanum Cancer Hospital in Peshawar was one of his biggest achievements in the outgoing year.

Speaking about the management of SKMCH Lahore, he confessed that the hospital was so successful that even a senior Afghan Taliban leader went through treatment there.

Imran told Mir that the Taliban later even wrote him a letter, thanking him for the Taliban leader's treatment there.

The PTI chairman said that he got to know that the senior Afgan Taliban leader was treated there only when he received the letter.

He said that many people from Afghanistan come to the SKMCH in Lahore for medical treatment.