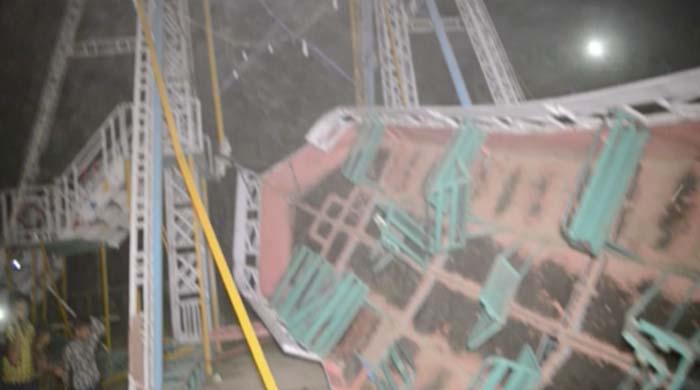 SAHIWAL: More than 40 people were injured on Friday when a boat-shaped swing fell in a local park in Punjab's Sahiwal.

According to police, the incident occurred in the Kanaan park where the swing fell from the height of 15 feet.

At the time of the incident, over 50 people were on the swing, out of which 40 got injured.

Two people were reportedly in a critical condition.

Mostly women and children were affected in the accident.

The wounded were shifted to the DHQ hospital where they were give medical treatment.

Following the incident, the park has been shut down.