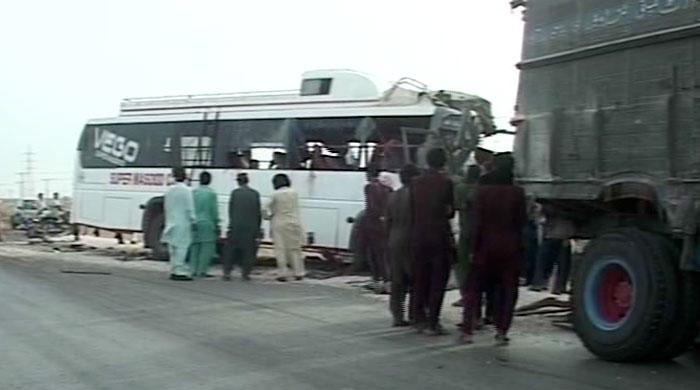 JAMSHORO: A collision between a bus and truck claimed 10 lives while 38 others were wounded on Tuesday near Petaro, police said.

The dead included one child as well. The injured were shifted to the Jamshoro hospital, police said.

According to SHO Jamshoro Haroon Rashid, the bus was en route from Dera Ismail Khan to Karachi when the accident occurred near Petaro.

Earlier today, at least two people were reported dead and 21 wounded after a passenger bus overturned on the National Highway near Ghotki.

Road mishaps are common in Pakistan with over-speeding as the main cause in most of the accidents. Worn-out vehicles transporting people, bad road infrastructure and rampant disregard of traffic laws also lead to similar incidents.