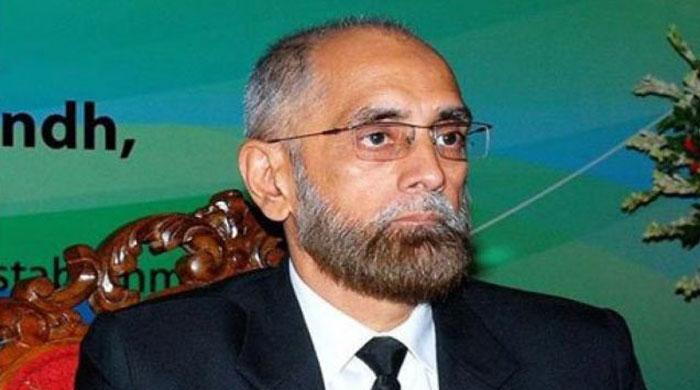 ISLAMABAD: The Chief Justice of Pakistan, Justice Anwar Zaheer Jamali, on Wednesday took suo moto notice of illegalities, contraventions and violations in appointments within the National Accountability Bureau (NAB), including a few ex-military officers and some military officers who served the anti-graft body while being in military service.

The chief justice took the suo-moto notice in response to an anonymous letter through which illegalities, contraventions and violations in appointments within the NAB were pointed out. Through the letter it has been stated that the country’s apex anti-corruption body unfortunately has remained above the law so far. It has been prayed to Chief Justice Anwar Zaheer Jamali to take cognizance of the bare illegalities, contraventions and violations that have been continuing without impunity that has been eating away the organisation from inside.

“Instant PUC/letter may be registered as a Suo Moto under Article 184 (3) of the Constitution of Islamic Republic of Pakistan, 1973 and notice may be issued to the Attorney General for Pakistan and Chairman NAB. May be fixed in the last week of August, 2016,” Chief Justice Anwar Zaheer Jamali said while passing the order.

According to the letter, available with The News, there are currently 16 officers from amongst BPS-20 and BPS-21 senior officers working on deputation out of the total 32 officers of these grades — whereas majority of officers are posted on OPS against higher grades particularly DGs of various Regional NABs; innumerable officers of BPS-19 are working as directors heading Investigation Wings of the NAB.

According to the letter, a few senior NAB officers (ex-military officers) were brought into the NAB on deputation period of three years from 1999 to officers served the NAB being in military service.

It has been stated in the anonymous letter that retired Col. Sirajul Naeem currently serving as DG NAB Karachi on OPS who joined the Bureau in 1999 on deputation for three years and then was absorbed in the NAB with 32 other military officers.

It added that retired Major Shehzad Saleem, incumbent DG NAB KPK was also a deputationist in 1999 who was absorbed in the NAB on permanent basis in 2002.

Retired Major Syed Burhan, a grade-20 officer who has been serving in the NAB Lahore as DG on OPS and was absorbed in the Bureau – whose appointment was challenged as litigation is sub-judice before the Supreme Court.

“Retired Major Masood Ahmed Lodhi was also brought from military service initially on deputation and then was absorbed and awarded illegal promotion on fake seniorities of previous services and currently serving as DG at NAB HQ Islamabad”, the letter claimed.

Retired Major Shabeer Ahmed, is the only major retired who is not posted on OPS, as he is currently serving as Director in the NAB Sindh, the letter added that he is ready to be promoted to rank of BPS-21.

The letter said that retired Col. Subah Sadiq and retired Col. Shehzad Anwar Bhatti were absorbed with ante dated seniority and enjoyed as DGs NAB who were recently retired.

“Squadron Leader retired Tariq Nadeem Bhatti was also absorbed from Pakistan Air Force with no prior experience of investigation and got promotions with service of Air Force incorporated illegally in his NAB service and currently serving as DG NAB Multan”, the letter added.

Retired Capt. Farrukh is currently serving as Director at the NAB Lahore who was absorbed in the Bureau in 2002.

“Currently Altaf Bawani, serving as DG NAB Sukkur who was appointed in BPS-18 in 2006 and in an unprecedented and unique manner, was blessed with BPS-21 within only span of 6 years. He was blessed by Akeel Karim Dhaddy (business tycoon of Karachi) as they both are relatives and blessing came through Admiral Fasih Bukhari the then Chairman NAB”, stated in the letter.

The anonymous letter disclosed that Nawazish Ali Asim, a deputationist from Capital Development Authority (CDA) has been enjoying the position of Director Media in the NAB with special blessings of incumbent chairman NAB, adding that despite several charges of corruption he couldn’t be removed nor proceeded against.