Rebirth of banned LJ in the name of LJA 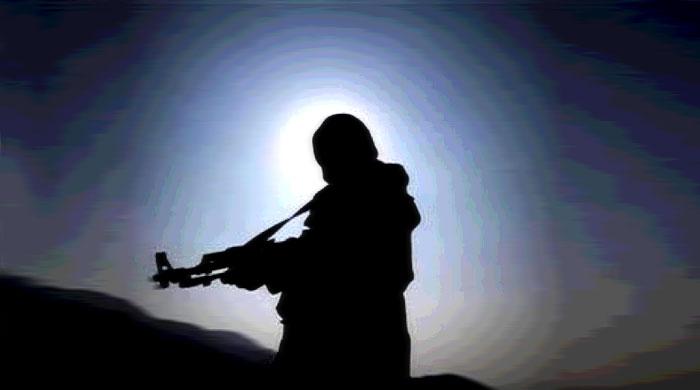 ISLAMABAD: The banned group Lashkar-e-Jhangvi has reemerged with a new name, 'Lashkar-e-Jhangvi Al-Almi', keeping with the tradition of militant groups surviving under different names and continuing to pose threats to public and law enforcement authorities, Geo News has learnt.

Recently, two separate incidents of sectarian attacks, one in Wah Cantt, Punjab and the other in Quetta, the capital of Balochistan province, have given a clear message to law enforcement authorities. Lashkar-e-Jhangvi is one of the deadliest militant outfits in the country and has been known to be affiliated with Al-Qaeda.

Initially, it was claimed that the proscribed Lashkar-e-Jhangvi (LJ) has been completely eliminated from the country following a controversial police encounter last year on July 29, in which chief of the defunct LJ Malik Ishaq was killed along with four other key leaders of different tiers of his organisation. However, the lethal organisation proved its presence and hit back within the span of 17 days.

The defunct LJ avenged the police encounter on August 16, 2015 in Attock when they sent their suicide bomber, who hit Punjab Home Minister Col (r) Shuja Khanzada at his residence in his native town. In the said terror attack, LJA took part along with another militant organisation.

The sources claim that currently the organisation is headed by a person named Syed Safdar alias Yousaf Mansoor Khurasani. Yousaf Mansoor, who hails from Karachi, is also wanted by Karachi police and Rangers for his alleged involvement in different sectarian terror attacks in the metropolitan city.

The LJA was first formed soon after 9/11 after the then-military government decided to side with the United States against the Taliban and Al-Qaeda in Afghanistan. The organisation was a separate entity from the main LJ and was founded by Abid Iqbal Mehsud, who hailed from South Waziristan's Barwand town. However, LJA remained closely in touch with LJ. The only difference between LJ and LJA was that the LJ would always hit a specific sect whereas the LJA would also hit security agencies.

Informed sources claim that this was the same group which had kidnapped Col (r) Sultan Amir Tarrar alias Col Imam, ex-ISI officer Khalid Khawaja along with a journalist Asad Qureshi in March 2010. Later, Imam and Khawaja were brutally killed by the group and Asad Qureshi was released from captivity reportedly paying a heavy amount through Fazlur Rehman Khalil, currently the Emir of Ansar-ul-Ummah.

After the killing of Col Imam and Khalid Khawaja, it is said that the first founder of LJA was allegedly killed by the second Emir of the Tehreek-e-Taliban Pakistan (TTP) Hakeem Ullah Mehsud himself in October 2010. Following this incident, the group chose Yahya Afridi as its next commander, who soon got killed along with his four accomplices in Sada area of Kurram Agency.

After the killing of Afridi, the group again chose Shaukat Mehsud as their commander, who too was from South Waziristan. However, due to the operation in the South and some key arrests, the group turned inactive.

The sources claim that the current head of the LJA, Yousaf Mansoor Khurasani, once remained in the custody of the law enforcement. After his release, he was picked as the Emir of LJA and now operates from undisclosed locations.

The group has previously carried out suicide missions and attacks on security forces. The same group is named in the Nishtar Park attack and attacks on FC and military in Quetta, besides killing other prominent individuals like Khuram Zaki.

The sources claim that since the group is closely linked to Al-Qaeda and has proven its presence after carrying out attacks in Wah Cantt in the suburbs of Islamabad and Rawalpindi, these small incidents are the rebirth of the sectarian organization LJ in the name of LJA, thus the possibility cannot be ruled out of the group carrying out bigger attacks in the future.