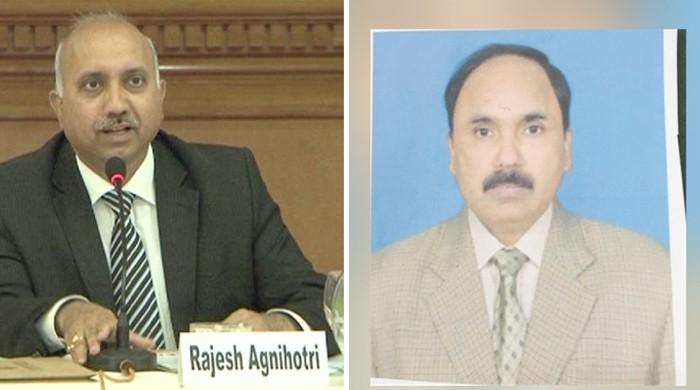 ISLAMABAD: Five diplomats at the Indian High Commission have been found to be part of a spy network and involved in activities to destabilise Pakistan by facilitating and funding terrorism, sources revealed on Wednesday.

Alleged agent of Indian spy agency ‘RAW,’ Rajesh Kumar Agnihotri is stationed at the Indian High Commission in Pakistan in the garb of Commercial Counselor, according to sources. He was reportedly running a network of individuals involved in subversive activities in Pakistan.

Another officer of Indian secret agency IB, Balbir Singh, is stationed in Pakistan as First Secretary Press Information. He is believed to be involved in destabilising the country through a network of IB officials.

Amarjeet Singh Bhatti who is working as a visa attaché, Vijay Kumar and Mundhawan Nanda Kumar who are all stationed at the Indian High Commission are also said to be RAW agents.

These five diplomats are expected to be declared as persona non grata and expelled from Pakistan.

According to sources, Indian diplomatic official Surjeet Singh who was recently expelled by Pakistan was also part of Baler Singh’s network.

Surjeet Singh had possessed a fake card of a mobile phone company under the name ‘Abdul Hafeez’, sources said, adding that more names of spies posing as diplomats at the Indian High Commission would be revealed soon.


A history of spying

Prior to this a number of Indian spies have been spotted and arrested in Pakistan during the course of the country's enmity with its neighbour.

Earlier this year Kulbhushan Yadav, a serving Indian navy officer, was arrested from Balochistan while spying for RAW.

Another high-profile Indian spy caught in Pakistan was Ravindra Kaushik (1952–1999), who was sent across the border in 1975 on a mission after extensive training in Delhi for two years. He had kept on passing valuable information to RAW from 1979 to 1983.