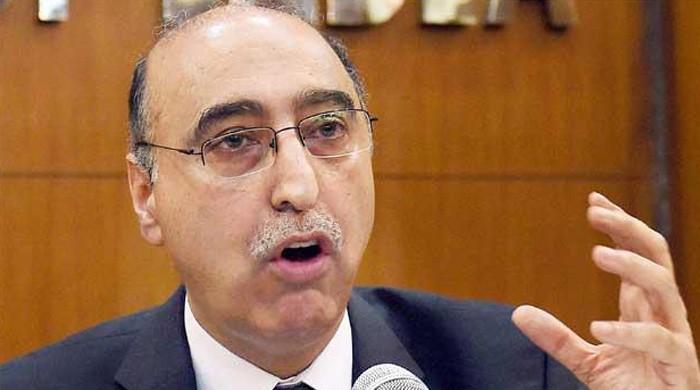 NEW DELHI: Pakistan’s High Commissioner to India, Abdul Basit said on Monday that Islamabad was willing to hold talks with New Delhi on the sidelines of the Heart of Asia conference scheduled for next week in Amritsar.

Speaking to an Indian news channel, Basit said the schedule of Prime Minister’s advisor on Foreign Affairs Sartaj Aziz was not set in stone and if there was an offer of dialogue from India, then it would be accepted by Pakistan.

“We can delay talks for months or even for years. But ultimately, a solution to the problems between India and Pakistan can only come through dialogue, and therefore, both nations must sit and discuss all the issues that confront them," Basit said.

Pakistan is participating in the Heart of Asia conference despite continuing Indian aggression at the border.

Sartaj Aziz said despite Indian sabotaging the SAARC conference in Islamabad, Pakistan would not reciprocate the move by not attending the Heart of Asia conference.

Pakistan "seriously concerned" over seizure of uranium in India: FO