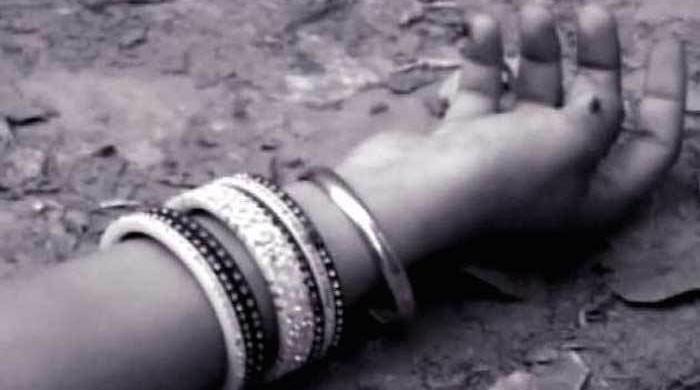 JACOBABAD: A father allegedly killed two people including his daughter in the name of honour at Rasool Bux Goth.

Mushtaq alias Bhutto saw a stranger in his house with his 16-year-old daughter and beat both of them to death with a stick.

Police reached the spot and arrested the accused.

The bodies have been sent for post-mortem at a hospital and investigation into the incident is underway.

Amendments were made to the Prevention of Honour-killing bill in October this year, removing a loophole allowing killers to walk free after being pardoned by family members.

The bill for the prevention of honour killings stated an honour killing convict would at least be handed a life-sentence. In case of pardon by the heirs of an honor killing victim, the minimum punishment - life in prison - will remain in place and could not be reduced.

Some 500 women are killed each year in Pakistan at the hands of family members over perceived damage to "honour" that can involve eloping, fraternising with men or any other infraction against conservative values relating to women.

Earlier this year, a Pakistani social media star Qandeel Baloch was also allegedly murdered by her brother in one such incident of honour killing. Her killing left many in shock and drew severe criticism of the authorities.

Qandeel's killing followed another murder of a British-Pakistani wife, Samia Shahid, in Jhelum – again for the sake of 'honour'. The gruesome killing of the British-Pakistani woman renewed the calls for effective legislation to curb this practice.