Four detained by LEAs in Karachi 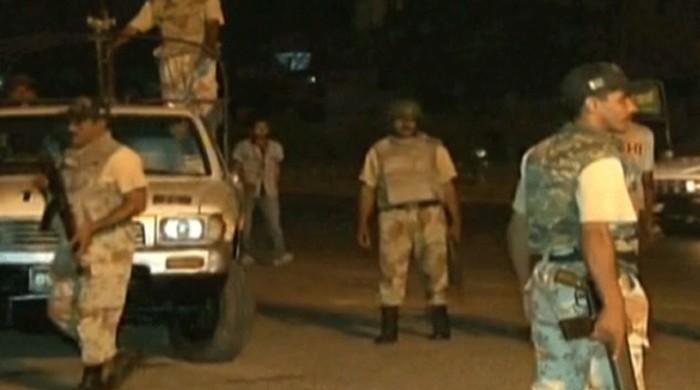 KARACHI: At least four suspects were taken into custody by the law enforcement personnel in the wee hours of Saturday from different areas of the metropolis.

According to details available with Geo News, two suspects were detained in a raid at Bohri Bazar of Saddar. Rangers conducted house-to-house search of targeted residential areas, in which as many as 30 paramilitary officials were part of the operation.

Meanwhile, in Gulshan-e-Iqbal Block 10-A, two more suspects were taken into custody by the law enforcement agents.

According to the spokesman, out of the three terrorists, one belongs to Al-Qaeda Sub-continent while the other two were affiliated with Lashkar-e-Jhangvi.

He said that the other arrested suspects were either extortionists or street criminals.