Tariq Fatemi to meet Trump's team in the US 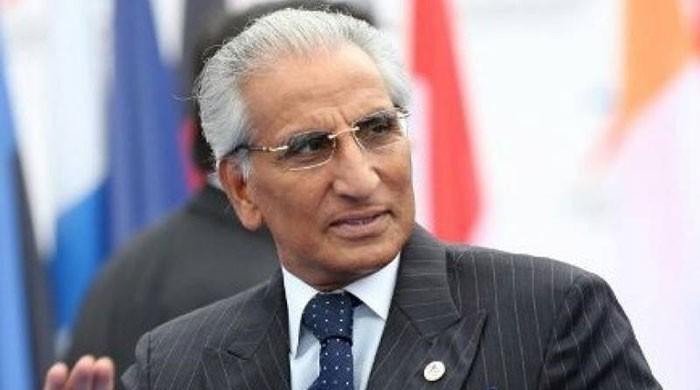 ISLAMABAD: Special assistant to Prime Minister on Foreign Affairs Tariq Fatemi will leave for the US on Sunday (tomorrow) where he will meet the US President-elect Donald Trump’s team.

Fatemi will make a 10-day trip to the US where he will meet senior officials and discuss Pakistan-US relations, sources said.

On November 30, Nawaz Sharif called Trump. During the conversation Trump said he was ready to play any role that Pakistan wanted him, and find solutions to the outstanding problems.

He said, "Pakistan is an amazing country with tremendous opportunities. Pakistanis are one of the most intelligent people." On being invited to visit Pakistan by the Prime Minister, the US president-elect said he would love to visit the 'fantastic country of fantastic people'.

Republican party Pakistani-American Sajid Tarar said on Saturday that he had made possible telephonic contact between US President-elect Donald Trump and Prime Minister Nawaz Sharif.

In an interview with Geo News Tarar said that after contact with Indian PM Narendra Modi need was felt for a similar conversation with the Pakistani prime minister.

Trump's conversation drew criticism around the world. Questions were raised over his understanding of the region and Nawaz Sharif's position in Pakistan who is being tried for Panama Leaks case in the Supreme Court.

In a statement issued on Wednesday they said that the two leaders “had a productive conversation about how the US and Pakistan will have a strong working relationship in the future” and Trump was “looking forward to a lasting and strong personal relationship with” Sharif, the team said about the conversation.