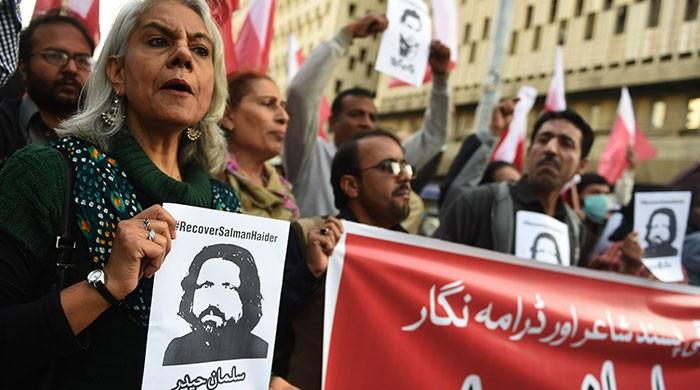 ISLAMABAD: Interior Minister Chaudhry Nisar Ali Khan said Tuesday that he was in contact with intelligence agencies and was hopeful that missing human rights activist Dr Salman Haider would soon be recovered safe and sound.

Lawmakers had invited the interior minister to brief the House on details regarding the disappearance of and Fatima Jinnah University professor Salman Haider and at least three other social activists – Waqas Goraya, Asim Saeed, Saleem Haider and Ahmad Raza Naseer – who have also gone missing in the past week.

Briefing the upper house of parliament, the interior minister said the safe recovery of the missing social activists was the government's priority.

Nisar said the federal government neither pursues the policy of enforced disappearance of its own citizens nor will it tolerate this. He claimed that a number of people have been recovered in the last three and a half years due to the government's sincere efforts.

Nisar said the government was committed to bring the perpetrators behind Salman Haider's kidnapping to justice.

There are some clues and information which I cannot disclose to the House at the moment, he said.

He said Haider was abducted from Islamabad Capital Territory while the other three activists went missing from Punjab. He said the Punjab government was also pursuing the matter on a priority basis.

The government's agencies are monitoring this issue and it will take the investigations to its logical conclusion, he said.

Nisar's briefing comes as the Human Rights Watch urged Pakistan to urgently investigate the apparent abductions of the four bloggers who campaigned for human rights and religious freedom, saying their near simultaneous disappearances raised concerns of government involvement.

Haider, Goraya, Saeed, and Naseer went missing from Islamabad and various cities of Punjab between January 4 and January 7.

The HRW statement came as leftwing and liberal activists prepared to hold protests throughout the country demanding the bloggers' release.

"The Pakistani government has an immediate obligation to locate the four missing human rights activists and act to ensure their safety," said Brad Adams, Asia director at Human Rights Watch.

"The nature of these apparent abductions puts the ... government on notice that it can either be part of the solution or it will be held responsible for its role in the problem."

Pakistan is routinely ranked among the world's most dangerous countries for journalists.

Liberal activists are to hold protests in major cities on Tuesday afternoon, using the hashtag #RecoverAllActivists to generate support on social media.

In April 2015, prominent activist Sabeen Mahmud was killed by militants who said they carried out the attack because she promoted liberal, secular views.

In April 2014, unidentified gunmen attacked but failed to kill Hamid Mir, one of the country´s most recognised TV anchors. 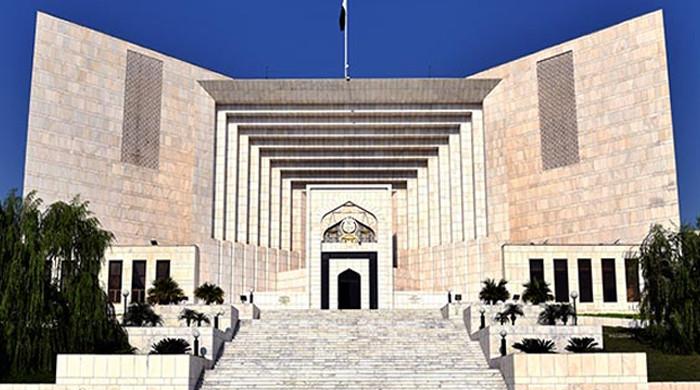 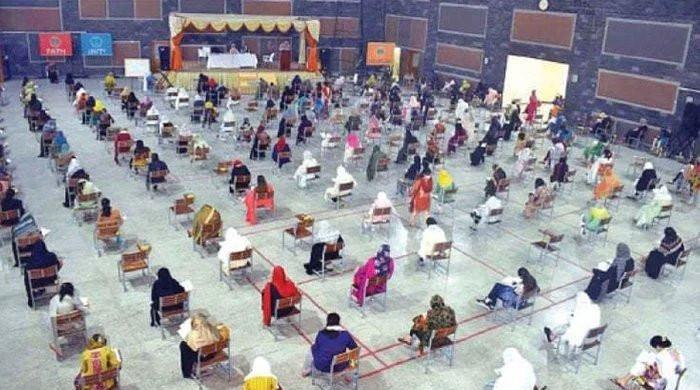 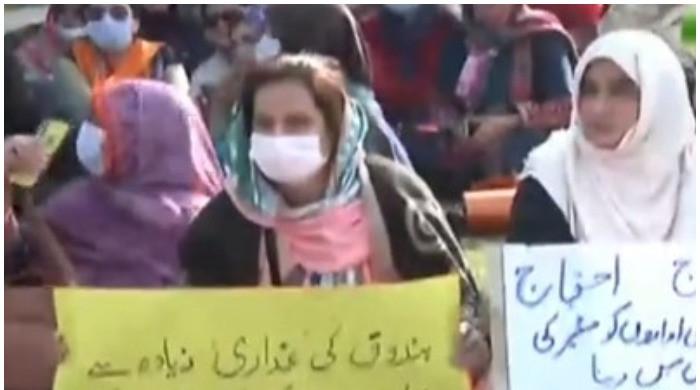 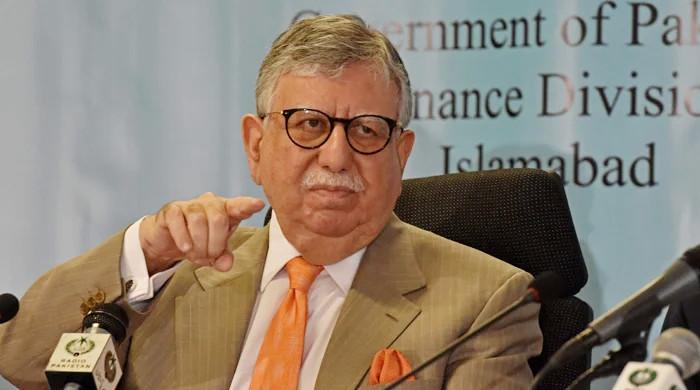 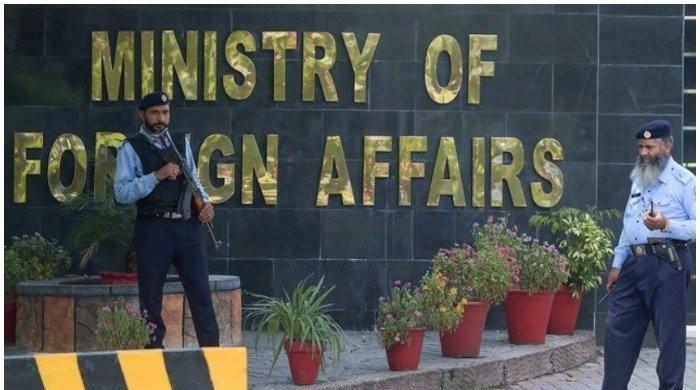 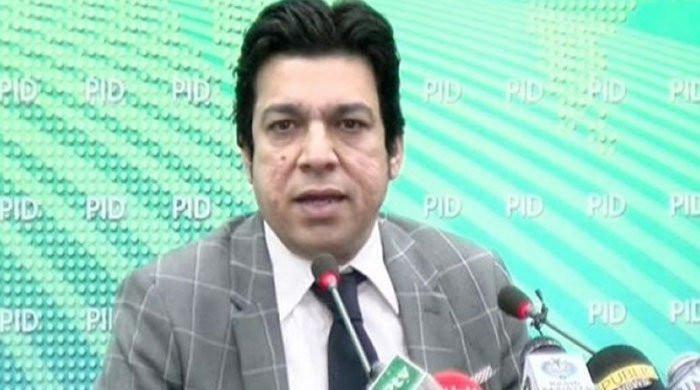 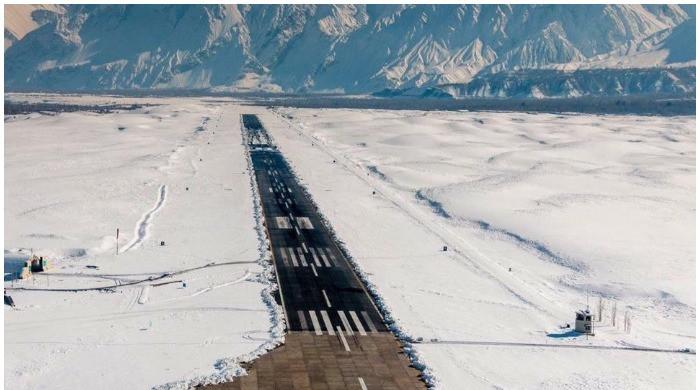 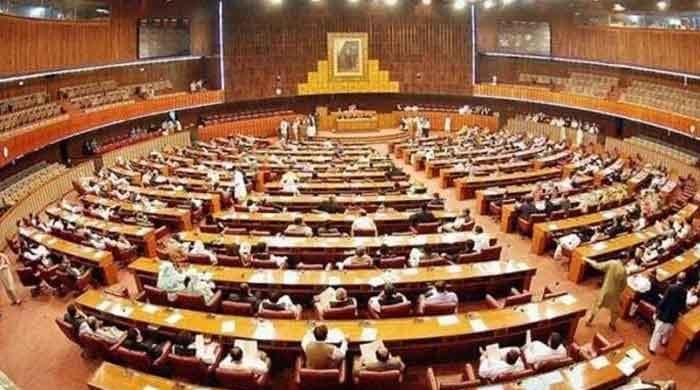 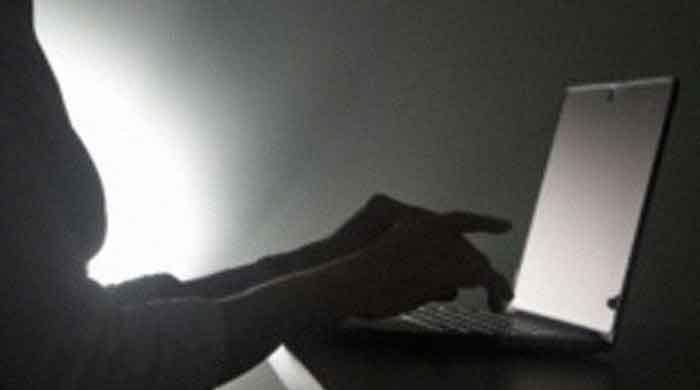