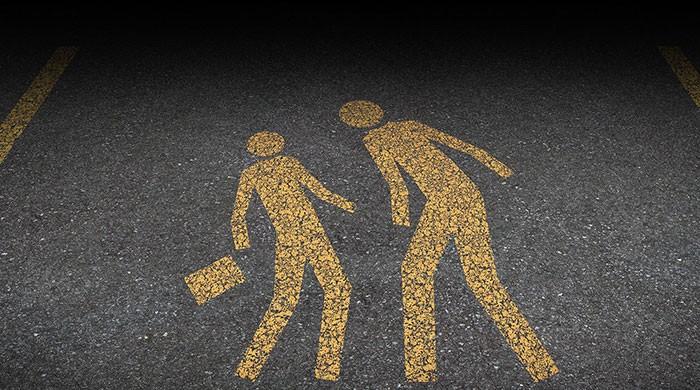 KARACHI: Although most women who face harassment in various forms at their workplaces are reluctant to complain because of societal norms and the fear of losing their jobs, recent statistics show that the number of complaints is gradually increasing.

The data of the Sindh ombudsman for the protection against harassment of women at the workplace shows that 134 cases were registered in 2016, and most of them have been addressed.

Since its establishment in July 2012, the ombudsman has received 292 complaints of harassment; 251 of which have been addressed and 41 are under process.

Most cases - 45 - were reported from Hyderabad district, followed by 29 from Karachi South district, 28 from Khairpur district, 23 from Korangi district and 21 from Naushehro Feroze district.

In 2015, the number rose to 94. The cases occurred in both the public and private sectors and most of them were related to the education department.

In March 2010, the federal government had enforced the “Protection Against Harassment of Women at Workplace Act, 2010” aimed at providing a safe working environment to women.

It includes requests for sexual favours or other verbal or written communication or physical conduct of a sexual nature or sexually demeaning attitudes which cause interference with work performance or create an intimidating, hostile or offensive work environment. Punishment for the guilty or violators of a code of conduct, range from a censure to dismissal to an unspecified fine under the law.

Sindh was the first province which set up an office at the provincial ombudsman for this purpose in July 2012 and appointed Syed Pir Ali Shah, a former judge of the Sindh High Court, as the first ombudsman.

Mona Tufail, the deputy director (admin) at the ombudsman’s office, said since the law had come into force, it was being enforced in both the public and private sectors.

“Because our department is working to ensure a safe and non-discriminatory work environment for women, we are closely coordinating with both the public and private sectors, setting up an inquiry committee and resolving complaints of harassment,” said Tufail, who is also the body’s awareness and implementation wing consultant.

Tufail said over 3,000 inquiry committees had been formed at public and private institutions in the province so far that wee monitoring that the law was complied with.

“The provincial ombudsman has a dedicated team that working to address cases quickly and free of charge and deliver justice to the aggrieved parties within 30 days from the date a complaint is lodged.”

She said because victims of harassment suffered in silence in the past, most of the offenders remained unpunished. “Working women avoided registering their complaints against harassment because they didn’t want their families to feel its impact or feared losing their jobs,” she added. However, Tufail clarified that the office addressed the complaints confidentiality and during the process, a complainant could not be fired.

For this purpose, the ombudsman’s office carried out 210 awareness sessions at various institutions.

So far, the ombudsman has set up 29 district complaint centres across the province and now they will be expanded to the taluka level.