LAHORE: A blast in the upscale Defence Housing Authority (DHA) of Lahore claimed at least eight lives and injured 30 people on Thursday. with officials still unclear about the exact nature of the explosion.

While officials were unclear whether the explosion was the result of a terrorist attack with multiple theories being reported by various agencies, Punjab Law Minister Rana Sanaullah while addressing a press conference on Friday ruled out terrorism as a possible cause and confirmed that no traces of explosives were found from the blast site.

Sanaullah however added that until the investigation concludes no definative cause of the explosion can be identified, but added that it was likely the result of a gas leak.

Panic gripped the area a little before noon on Thursday when the loud explosion resonated across Z-Block. The area in the upscale DHA locality is a popular shopping centre with several restaurants.

The blast took place inside an under-construction building with DIG operations Haider Ashraf stating that labourers were present inside when the explosion took place. An entire floor of the building collapsed because of the blast. Four cars and 12 motorcycles were also damaged, while the windows of nearby buildings were shattered.

Those injured were taken to the General Hospital where an emergency was declared. According to Punjab Health Minister Salman Rafiq, four of the injured were in critical condition.

Chief Minister Punjab Shehbaz Sharif has ordered an investigation of the blast and summoned a report from Inspector General Police.

CCTV video from shop near the blast site shows the intensity of the #explosion in #Lahore that claimed eight lives https://t.co/JJcgnRzDnS pic.twitter.com/Ik1tKlNO59

Confusion over nature of blast

Police and government officials gave conflicting reports regarding the nature of the explosion.

Earlier quoting the Bomb Disposal Squad (BDS), an official from the counter-terrorism department (CTD) said explosives were used in the blast.

Speaking to reporters, the CTD official said it was unclear if an IED or timed device had been used. He said the blast had taken place inside an under-construction café.

"An investigation will further reveal if the target was the café," a CTD official told reporters. He added that the forensics team was collecting evidence and a complete picture would be shared when the investigation was complete.

But later in the evening, CTD Punjab spokesman Dr Iqbal Malik said the blast was accidentally caused by 7 to 8 gas cylinders which had been brought to the restaurant last night.

Government officials and investigators appeared equally confused over the nature of the explosion.

No terrorist group has so far claimed responsibility for the explosion. 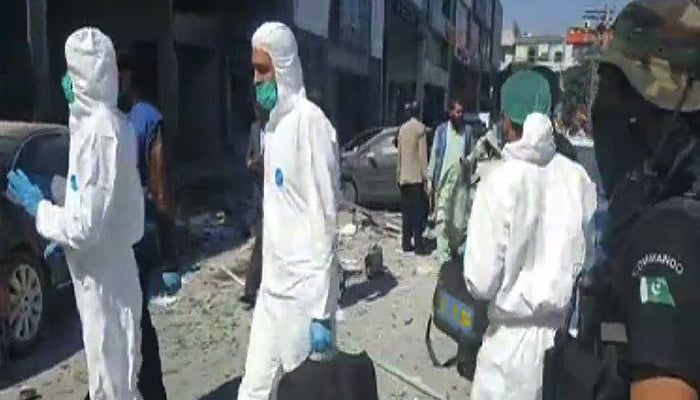 Earlier speaking to Geo News, Provincial Law Minister Rana Sanaullah said it was still unclear if the explosion was caused by a bomb, adding that other possibilities could not be ruled out. He added that none of the injured brought to the hospital had explosive burns or signs.

The site of the explosion did not have any residual explosive smell either, Sanaullah added.

He further stated that most of the injured were working in the under construction building, adding that many of the injured have reported that they could smell something suspicious in the building.

DG Rescue 1122 Dr Rizwan also said the nature of the explosion was still be investigated.

"There is no evidence of ball bearings at the site of the blast. A forensic team is investigating and will determine the nature of the blast," he said.

DIG Operations, Haider Ashraf in a statement said the blast could be the result of a gas leakage, adding that an investigation was underway. SP Cantt Tahir Mehmood said it was not clear what the nature of the blast was and no possibility could be ruled out.

Officials, at the meeting, presented the initial report of the DHA Lahore blast, which claimed eight lives and wounded 30 others.

The chief minister directed officials to investigate the blast from all angles and submit a comprehensive report on it. He urged them to take any measure considered necessary for the safety of people. 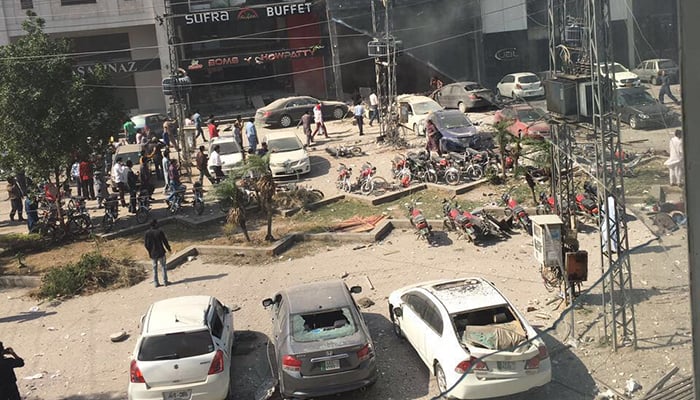 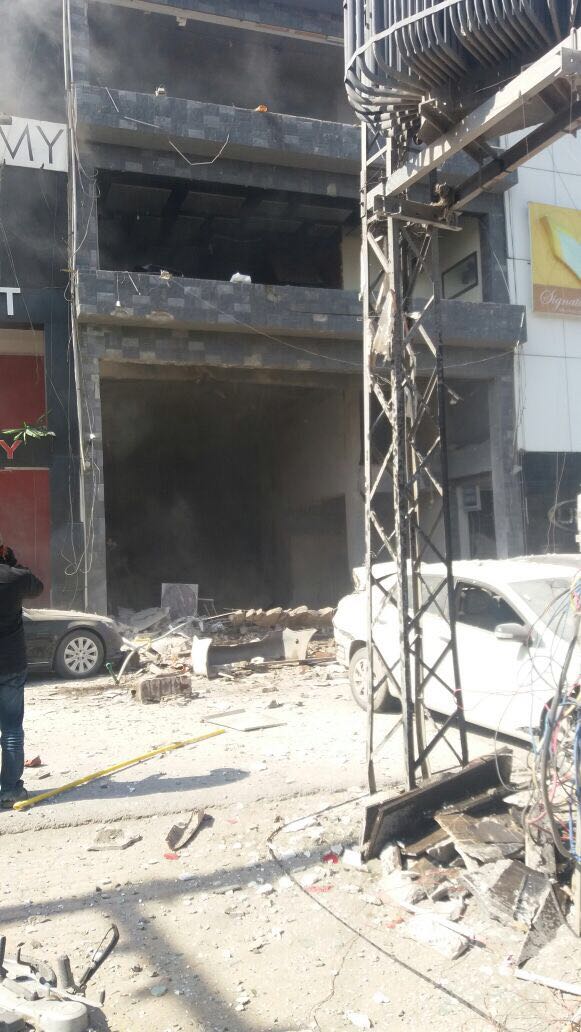 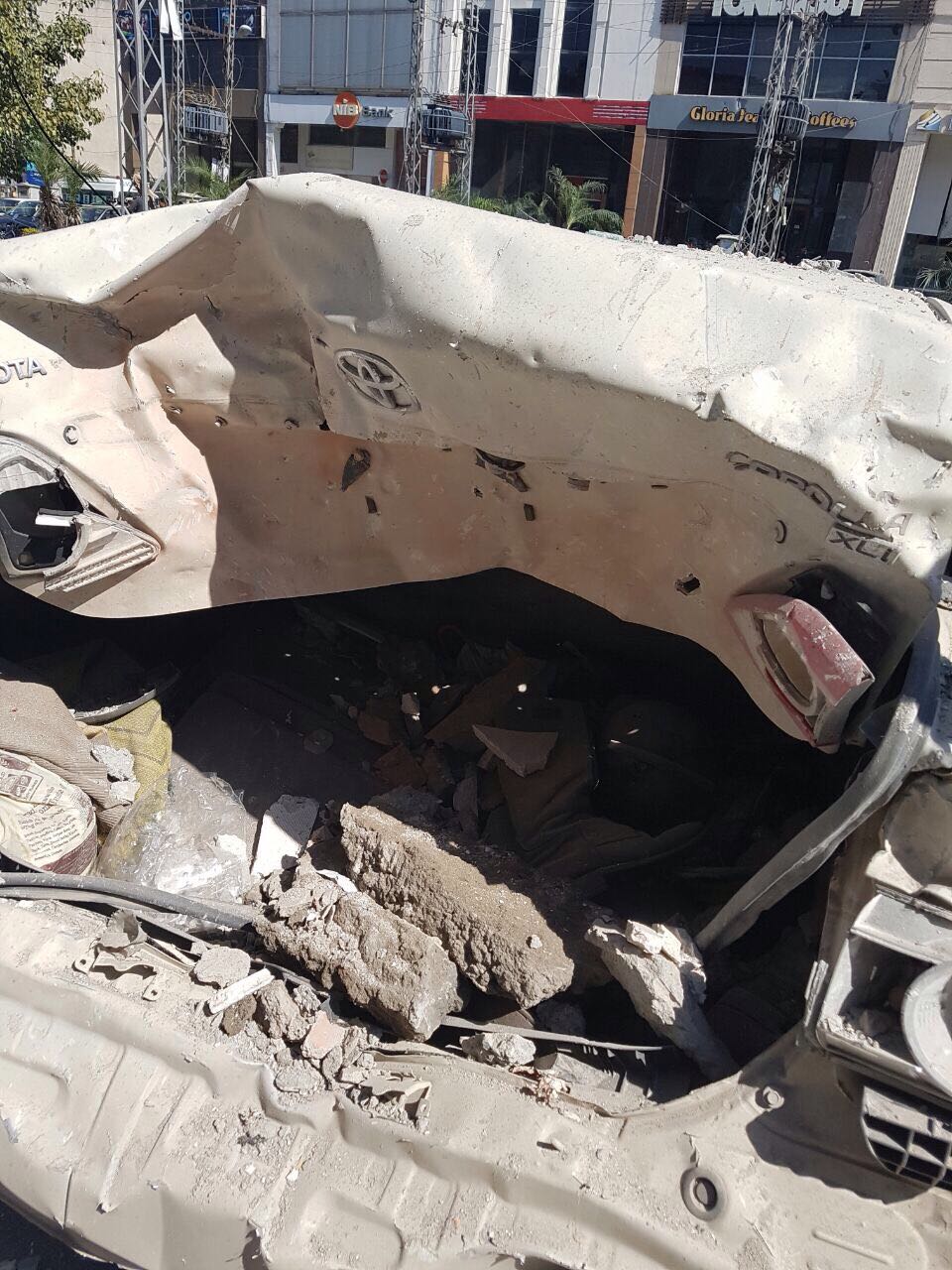 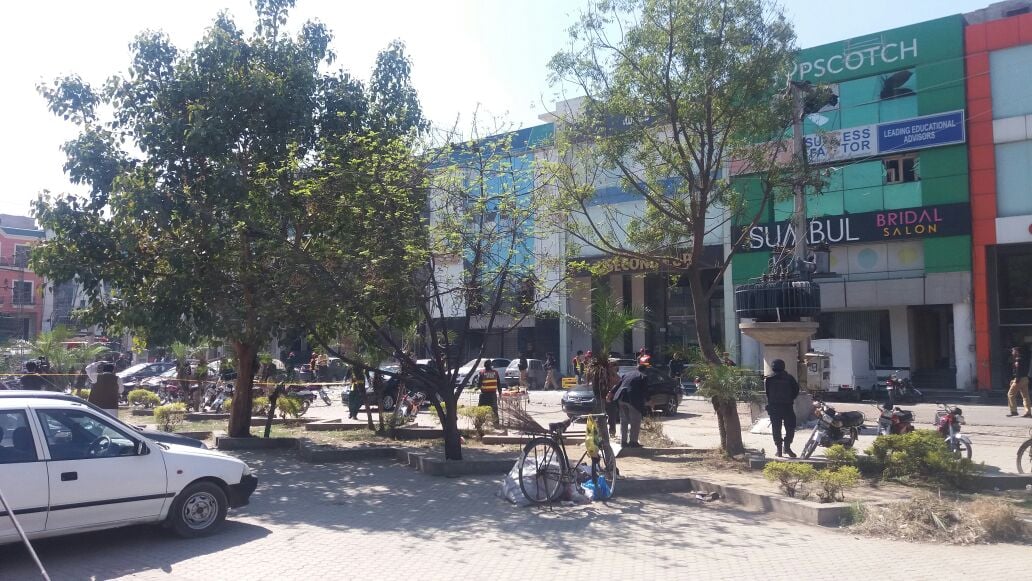 A security guard told Geo News he heard a blast and saw smoke billowing from a building. "Glass pieces fell crumbling in front of me," he said. "I and another person took out two bodies from there with our own hands."

An injured person at the hospital said there were many bodies in the parking area.

Another injured person said they did not exactly know what happened. "We got pushed down with a large bang and glass pieces fell on us."

Earlier on 13 February, at least 14 people including two senior police officials were killed in a suicide bombing near the Punjab Assembly.