EXCLUSIVE: On the trail of Khalid Shiekh Mohammad's nephew 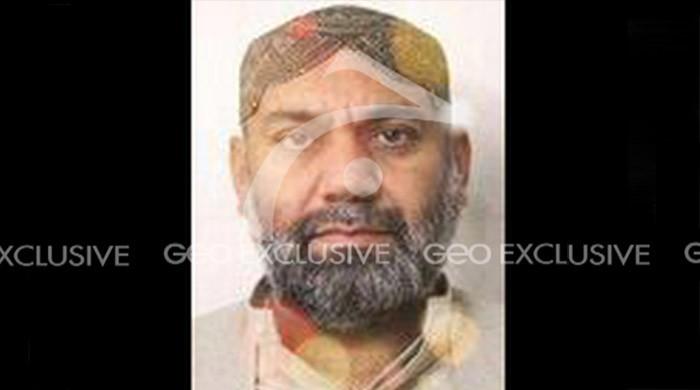 Security forces have been hot on his trail since 2015, when his name came up during an investigation into a terror attack that killed 45 people traveling on a bus from the Safoora Chowk area of Karachi. One of the gunmen was Tahir Hussain Minhas, who was inspired by Daesh, a Middle East-based terror outfit. During the probe, Minhas revealed that he was helped by a brother of Ramzi Ahmad Yousef, a Kuwait-born terrorist responsible for the 1993 World Trade Center bombing in New York.

That man, Minhas described, was 65-year-old Abdul Qadir Mehmood. Intelligence agencies wasted no time in pouring over details of his life. One thing stood out. For Mehmood, terrorism, it seems, ran in the family. His uncle is Khalid Sheikh Mohammad, the 9/11 mastermind, currently being tried by a military commission in the United States. His elder brother, writes reporter Josh Mayer, in his book ‘The Hunt for KSM,’ was present when Wall Street Journal’s Daniel Pearl was murdered.

Hailing from Iran’s South Khurasan province, the son of a Baloch who migrated to Kuwait for employment, Mehmood later lived in Karachi for several years before fleeing to Quetta and then Khuzdar, with his two wives and seven children.

“He is a seasoned member of al-Qaeda,” a senior security officer tells Geo.TV, on condition of anonymity, “For many new militants he is a fatherly figure. They look up to him because of his close contacts with Qaeda’s top leadership.”

In the past, Mehmood has helped arrange funds for bomb and gun attacks in Pakistan and to relocate foreign militants and their families when authorities came looking. Yet, he has managed to remain under the radar and behind the scenes for most of his life. Except for 2004, when law enforcement officials first arrested him from Ghazi Town, Karachi. The charges were unclear. Within days, his wife filed an application in the Sindh High Court regarding his disappearance. A few years later, by some accounts, Mehmood was let go due to his deteriorating health. Then in 2013, his son, Anwar, was arrested.  He too was released, after which Mehmood moved the family to Balochistan.

Minhas told the interrogators that Anwar was following in his father’s footsteps. Mehmood’s son would travel abroad three times a year and bring back cash as much as Rs. 80 million, as well as laptops, to facilitate terror plots in Pakistan. For several years, the Safoora Chowk ringleader Tahir aka Saaein used Mehmood’s farmhouse on the outskirts of Karachi, where they would bring victims kidnapped for ransom.

While Mehmood has never physically participated in a terror attack, he is the go-to guy for material and financial support. He was one of the planners of the foiled attempt to free 100 militants, including Omar Saeed Sheikh, the convicted murderer of Pearl, from a jail in Hyderabad. Mehmood provided four suicide bombers for the failed plot.

The militant arranges the bombers from the International Movement of Uzbekistan (IMU). Ata-ur-Rehman, the leader of the banned Lashkar-e-Jhangvi (LeJ), was able to pick up 10 suicide attackers from him for the 2014 attack on the international airport in Karachi.

According to some unconfirmed reports, Mehmood, long been associated with the al-Qaeda may have switched allegiance to Daesh. By other accounts, he is still loyal to al-Qaeda and is now working out of Iran.