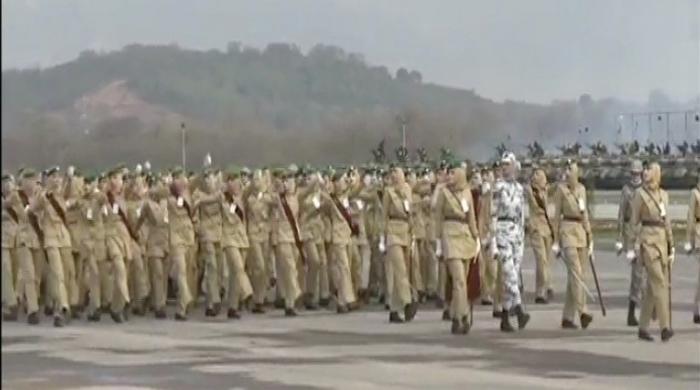 Mobile services will remain blocked from 5 AM till 1 PM, within a 10 KM radius of the Parade Avenue, source said.

Roads will be closed to the public in vicinities including Faisal Avenue, Zero Point, Faizabad, and Parade Avenue.

Faizabad will remain completely closed from 5 AM to 2 PM. Traffic enroute to Islamabad from Koral Chowk Interchange will be diverted to Link Road.

Traffic coming from Murree will be stopped at 17 mile Toll Plaza. The traffic police will stop traffic from Abbottabad at Barian.

Traffic from Rawalpindi to Islamabad will enter the city from Shamsabad double road. Traffic moving from Islamabad to Rawalpindi will be diverted to IJP road toward Katarian and Pindora Chowk to move from Park Road to Rawal Dam Chowk and Murree Road.

Traffic moving from airport to Islamabad will use Khanna Pull, Lehtarar Road, and Taramirri Chowk to move to Park Road.

Pakistan Day is a national holiday to commemorate the Lahore Resolution of March 23, 1940, when the Muslim League drafted the political resolution calling for establishing an independent federation.