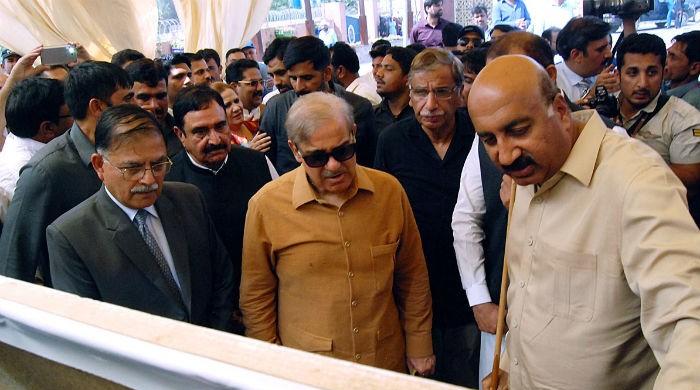 Earlier in April, the PPP leader said: “Let them dance and take credit for CPEC, history will write that it was a project initiated by us. Let alone CPEC, they even tried to take ownership of the nuclear programme.”

CM Punjab —while speaking to Municipal convention in Faisalabad’s Iqbal Auditorium— said that he read in the newspapers that Zardari remarked that development projects in Gwadar and CPEC were started in his tenure. Zardari further claimed that Sharif brothers are using these projects to highlight the accomplishments of their tenure.

Replying to this, Shehbaz remarked if that is the case then why did Zardari forgot to lay the foundation stones for these projects. “Why didn’t you bring the Chinese [investors]?”, asked Shehbaz Sharif.

He also announced that he plans to make Faisalabad a safe city, adding that an information technology university and metro bus project will soon be inaugurated in the city.

During his visit to Faisalabad, the CM led foundation stones of around 15 development projects, worth Rs26 billion, including a 1,000-bed children hospital on Jhang Road, 1,000-bed hostel for students, clean drinking water project, underpass, flyover, and canal expressway.