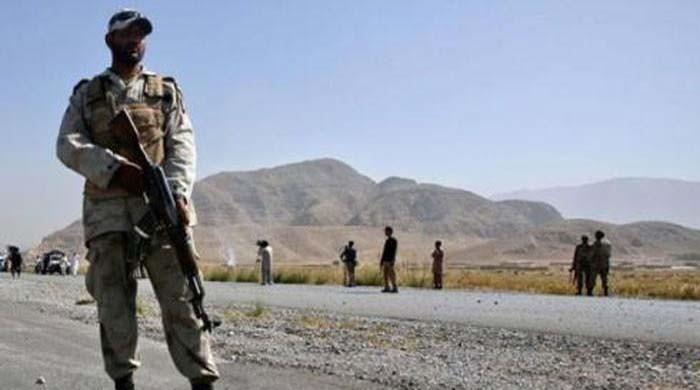 BHAKKAR: Two wanted criminals and 16 suspects were arrested in a search operation in the ongoing Operation Radd-ul-Fasaad, Tuesday.

Read more: Every Pakistani is a soldier of Op Radd-ul-Fasaad: COAS

Earlier on May 2, at least three terrorists were killed after Pakistan army troops repulsed a cross-border attack in South Waziristan Agency late Monday, according to the Inter-Services Public Relations (ISPR).

Terrorists attacked two Pakistani outposts in South Waziristan Agency from across the border, the ISPR said in a statement.

South Waziristan is one of the seven tribal agencies in the country, part of which also borders Afghanistan.

The troops stationed at the border posts valiantly repulsed the terrorist attack, killing three infiltrators. Scores of militants were also wounded in an intense exchange of fire, the ISPR statement read.

Pakistan and Afghanistan share a long porous border, which comprises difficult-to-access areas, high mountain passes and treacherous terrain, making it difficult to secure every inch of the frontier.