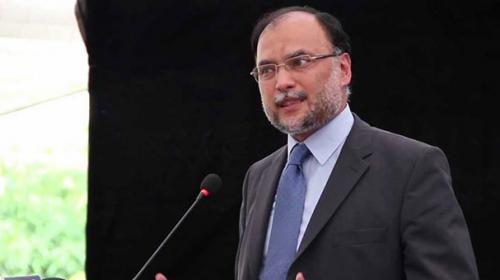 ISLAMABAD: Chinese President Xi Jinping, who is in Islamabad for a two-day state visit, will unveil a $45 billion investment plan that can help Pakistan end its chronic energy crisis and transform it into a regional economic hub.

With the plan, known as the China Pakistan Economic Corridor (CPEC), Pakistan hopes the investment will spur its long-underperforming economy, which the IMF projects to grow 4.3 percent this year.

Beijing hopes to increase investment in Pakistan as part of its ambitions to expand its trade and transport footprint across Central and South Asia, while countering US and Indian influence.

The two allies have enjoyed close diplomatic and military relations for decades, though economic ties have only grown more recently. Bilateral trade crossed $12 billion last year compared to only $2 billion a decade earlier.

“The real opportunity of this China Pakistan Economic Corridor is that it changes the scope of the relationship from geopolitics to geoeconomics,” said Federal Minister for Planning and Development Ahsan Iqbal, who is overseeing the projects.


The project foresees the creation of road, rail and pipeline links that will cut several thousand kilometers off the route to transport oil from the Middle East to China, while bypassing India.

The upgrade will stretch 3,000 kilometres from the port of Gwadar on the Arabian Sea to China’s western city of Kashgar. Pakistan transferred control of the port to a Chinese public company in 2013.

Iqbal said $11 billion has been set aside for the corridor.

Pakistan has wrestled with chronic power shortages in recent years that have scrubbed several points off GDP growth and inflicted misery on the everyday lives of its citizens.

“These are very substantial and tangible projects which will have a significant transformative effect on Pakistan’s economy,” Iqbal said.

Before embarking on his state visit, Xi said the two countries should align their development, trade and economic strategies more closely.

Xi wrote that he felt like he was “going to visit the home of my own brother” on his two-day visit.


$28 billion ready to be signed

The projected investments, $28 billion of which are ready to be signed during Xi’s visit, dwarf a US assistance package to Pakistan of $5 billion that began in 2010 but has not made as great an impact as hoped.

Referring to the US aid, signed under the Kerry-Lugar-Berman Act (KLB), Iqbal said: “KLB was $1.5 billion per year, out of which only $600-700 million went to government. Most of it went to non-government sectors and the bulk went to American companies.

“That is a problem with assistance that comes through the aid mode.”

Iqbal was more optimistic about Beijing’s investment, saying it would integrate three engines of growth in the continent: South Asia, Central Asia and China.

“I just hope that Beijing´s big-ticket projects are matched by Islamabad’s clear commitment and action on the ground,” said Pakistan People’s Party (PPP) leader Sherry Rehman, an opposition lawmaker and director of the Jinnah Institute think-tank.

“Executive stalemate in Islamabad can kill off the best projects from an ally like Beijing. So basically the Economic Corridor needs to be paved with more than good intentions from Islamabad,” she said.