A Nepali mountaineer on Tuesday smashed the record for summiting the world's 14 highest peaks, racing up all "8000ers" in just seven months, according to a post on his social media accounts.

Nirmal Purja completed the climb of the 14 mountains, all over 8,000 metres (26,250 feet) in seven months, the post said. The previous record was almost eight years.

"MISSION ACHIEVED! says @nimsdai from the summit of #Shishapangma," read the post on Purja's Facebook page, referring to the final peak in China.

Polish climber Jerzy Kukuczka completed the same feat after seven years, 11 months and 14 days in 1987 after Italy's legendary Reinhold Messner became the first to scale the 14 peaks a year earlier.

South Korean Kim Chang-ho completed the challenge one month slower than Kukuczka — although unlike Kukuczka, who died in a climbing accident in 1989, he never used supplementary oxygen.

The 36-year-old Purja, a former member of the Gurkhas — a unit of Nepalis recruited into the British army — as well as the elite Special Boat Service, kicked off his ambitious "Project Possible" in April.

In the first part of his record attempt, Purja climbed Annapurna, Dhaulagiri, Kanchenjunga, Everest, Lhotse and Makalu — among the highest of the "8000ers" — in just one month.

A month later, he headed to Pakistan for the second part, where he first tackled the notorious Nanga Parbat at 8,125 metres.

Battling sleep deprivation to meet his target, Purja said he was almost sprinting up and down five of Pakistan's highest peaks including Gasherbrum I, Gasherbrum II and K2, the second tallest in the world.

Twenty-three days later he was standing atop Broad Peak, his fifth and final mountain of the second phase.

Purja began his final push in September, reaching the tops of Cho Oyu and Manaslu within a week.

When he first told others about his new quest, "everyone was laughing at me and saying 'how it will be possible'?" Purja told AFP in a recent interview.

"It is about trusting your ability," he had said as he relaxed in Kathmandu waiting to ascend the final peak.

"You always need to have (a) positive mindset because sometimes things will go wrong."

He also said that he wanted to use his feats to inspire the next generation of Nepali climbers to break his records.

Sherpas — Nepalis who often work as guides for foreign mountaineers — are the backbone of the country's lucrative climbing industry, but don't attract as much attention or accolades as their international companions.

"Nepal is home to the highest peaks in the world. There are so much better climbers out there who (haven't) got the opportunity," he told AFP in Kathmandu. 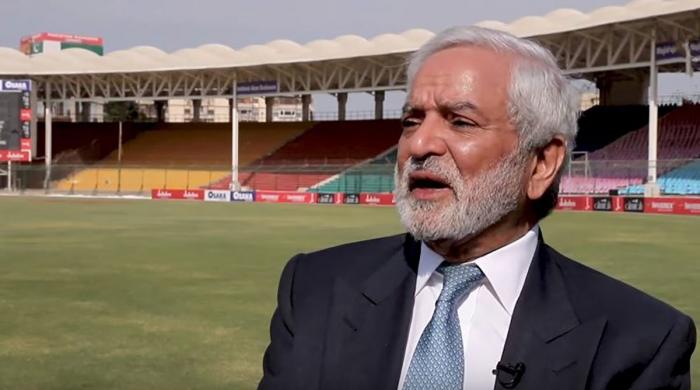 ‘Too exciting a game for a pregnant lady’: Anushka elated on Kohli’s IPL win

IPL would have been a 'big opportunity' for Pakistani players, Shahid Afridi says