Fight for justice: The probe into the brutal murder of journalist Aziz Memon

An internal inquiry against senior police officers in Naushero Feroze, Sindh, is in its final stages. Two men in uniform are accused of allegedly damaging a probe into the murder of Aziz Memon, a reporter associated with Sindh’s largest TV network Kawish and KTN.

Police are now waiting for the final DNA report of a key suspect, which would reveal the motive behind the gruesome murder, a source privy to the development revealed.

Surprisingly, despite the two officers under investigation, others from the department have managed to keep their positions intact, despite serious questions being raised about their role after Memon’s body was recovered from a river in February.

The probe, which will be finalized soon, is looking into the events that led up the killing as well as how initially Memon’s death was shown as suicide.

The story of suicide was leaked to the press after a post-mortem assessment. It was later revealed that the autopsy was conducted by a junior doctor, who according to the probe was carrying out a post-mortem for the first time. He declared in his findings that no signs of torture were found, allegedly in cahoots with some officials.

It was only after family members, journalists and opposition parties in Sindh protested that the provincial government constituted a Joint Investigation Team (JIT), which then ordered a second medical examination.

In the second post-mortem report, followed by a DNA test of some 60 people, it was established that Aziz Memon had not committed suicide but was instead murdered in cold blood. Torture marks were clearly visible on his body.

Another finding by the JIT was that the key suspect might not have directly carried out the killing, instead, it was done by one of his close relatives.

“We have to be very careful and not reach any conclusions at this stage, at least until the final report is received,” a senior police officer in Sindh told me, on the condition of anonymity. “The case was initially twisted due to criminal negligence and now we have to be 100% sure before further action is taken.”

The two officers under probe allegedly tried to hamper the investigations and insisted that Memon killed himself. Separately, while police deny any political motive behind the death, a senior officer told me that those who tried to destroy evidence have not “been touched as yet” and these people could still use their influence to morph the case.

Officials are looking into the call records of the reporter and have found three calls that could be connected to his murder.

As for the suspect, he has been linked to other criminal activities as well. Interestingly, in Memon’s case, the suspect was arrested shortly after the body was found and then released due to lack of evidence. The key witness against the suspect is the man who dropped him to the location.

There are also some conflicting reports on where the suspect is at the moment. Some suggest that he has been detained. Others insist that he is only under surveillance to ensure that he does not escape to Balochistan.

For now, police are also trying to trace if there is any link between Memon’s last report on Pakistan People’s Party chairman, Bilawal Bhutto-Zardari’s train march last year in Sindh, where the journalists aired sound bites of people at the rally saying they were brought to the gathering after being paid. The daily wagers told the reporter that they were promised Rs1,000 each by the PPP leadership but were paid less for attending the march.

Memon later began receiving threats. While his mobile data shows him receiving calls from the suspect, they do not suggest any direct involvement of any PPP politician.

In a feudal dominated society like ours, it is wishful thinking to expect that justice will be delivered to Memon, whose life was tragically cut short.

He was not the first journalist from his media group, KTN, to have been killed. Earlier, in 2004, a photojournalist, Munir Sangi was also murdered. The suspect named in his case was later made a minister.

As for Sangi’s wife, she was left with no other choice but to leave her native town, Larkana. At one point, fed up she brought all the case files to burn them outside the Supreme Court.

Journalists in Pakistan work without any life or job security. Neither the state nor media houses look after their families if they face a fate like that of Aziz Memon. Those reporting from rural areas work without proper salaries and as a result, become vulnerable and exposed to corruption as well.

To date, out of the 120 journalists killed in the line of duty in the country, only a few were permanently employed.

I fear to ask, will Aziz Memon’s case be no different, or will he be given the justice he deserves?

Abbas is a senior columnist and analyst of GEO, The News and Jang. He tweets @MazharAbbasGEO

The fear of reporting during COVID-19

Omar Saeed Sheikh — a man running in the labyrinth of terror

An ethics of connection

How COVID-19 is changing policing in Pakistan

How effective is the ministry of inter-provincial coordination during a pandemic?

The new normal: social degradation or a new way of life?

The world under attack: who can be the saviour? 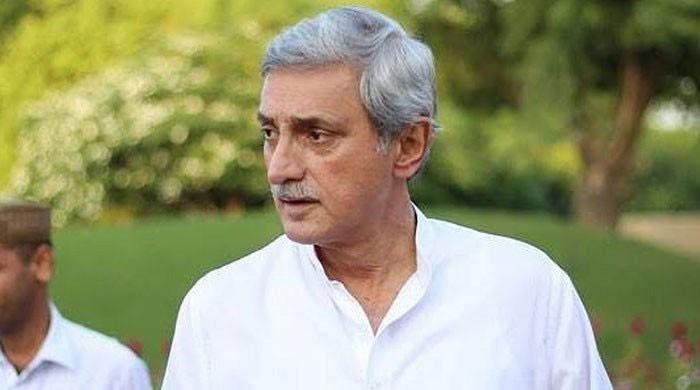 What is next for Jahangir Khan Tareen?