Sindh Education Minister Saeed Ghani has said the explosive allegations made by US blogger and documentary-maker Cynthia D Ritchie were a pre-planned plot to malign the political leadership of Pakistan Peoples Party (PPP).

The minister, during his press conference on Sunday said, "I would urge all the media channels of Pakistan, that an issue is being created to malign the political leadership of Pakistan."

"You can put it in writing. If we create pomp and show about it, then today it is the PPP, tomorrow it will be another party and then so on. Maybe, those who are blowing trumpets about it, they can also [fall victim to it]," he added.

In response to another question, the PPP leader said that the allegations were being posed by a woman whose own character is dubious.

"At times, she is in Israel, at times in India. In one place one day and another at another day. It will all be revealed to you soon. A foreigner comes here and tries to be more patriotic than you and me. How can it be?" he asked.

I will fight them with truth: Cynthia Ritchie

Ritchie in a tweet said Malik should be asked about "that night". “The flowers, the electronic device (unusual) gift & the drugged drinks he gave me,” she tweeted.

She alleged that the PPP was harassing her to write in favour of the party.

In response to a question about whether she was ready for court or not, Cynthia tweeted, “Absolutely. As I said before, I'm ready for a court. All the documents, voice notes, filthy images and rape threats from PPP, the data scientists who've assisted in putting together this nexis [sic] of harassment. I hope PPP is ready for my suit.”

Earlier in a statement to the Federal Investigation Agency (FIA), Cynthia had said that she has been living in Pakistan for the past 10 years.

“I've worked closely with CTD's, Female Commandos in KP, Highways and Motorways Police, Military, NACTA, etc. I am also proud to say I met my fiance here in Pakistan and we plan to announce our engagement soon. I have always been a law abiding resident of Pakistan.”

She also alleged in her statement that there were links of anti-state activities between the Pashtun Tahafuz Movement and the PPP.

“To be clear, I would never make defamatory statements without evidentiary support. Even though that's what PPP and PTM do to me all the time: claiming I am on 'government payroll' and 'hunt dissidents'. I am a freelancer and pay taxes to FBR and report my income to IRS in the USA. I am not on the government payroll. I take projects (such as KP Dept of Archaeology/ Engro/ and some NGOs) as matters of personal and professional interest,” she said.

“And, to be fair, I've wanted to do a documentary on Bilawal as a potential future leader. I have no interest in fighting PPP. But I will NOT be threatened or - especially - have my family threatened. And I WILL fight them with truth if I have to,” she said in the statement.

She also attached some screenshots of PPP supporters she claimed were harassing her. 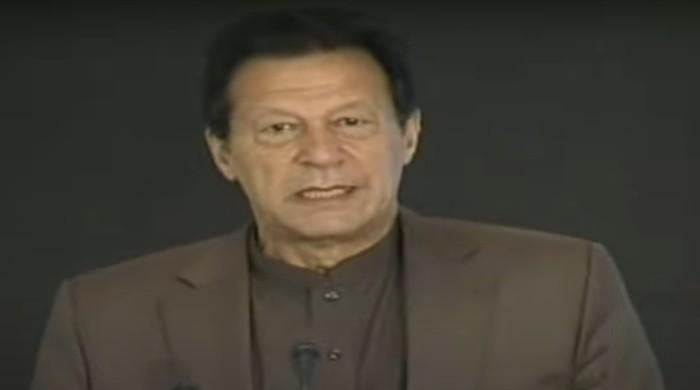