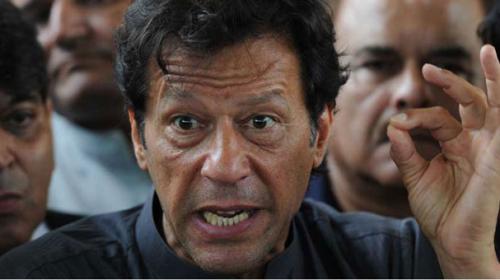 ISLAMABAD: Pakistan tehreek-e-Insaf (PTI) chairman Imran Khan on Tuesday said that his party was ready for re-election in Khyber Pakhtunkhwa following allegations of rigging in the local bodies' polls in the province.

Speaking to reporters in Islamabad, Khan said that the country had never witnessed local government elections of the same scale as the one held in KP last week.

“A lot of hue and cry is being made about rigging in the elections, and I’m disappointed that the Jamaat-e-Islami, who are our allies, have also alleged that rigging took place,” he said.

He said that the ECP should accept its responsibility of conducting polls.

"The election commission needs to accept its responsibility. It is your job to hold elections, not the Khyber Pakhtunkhwa government," he said.

He said that the Election Commission should decide if and when re-polls should be conducted. "Whenever you say, we are ready for re-election. Inshallah, we will get more votes than earlier."

He said that a large number of people did not get the opportunity to cast their votes, as they needed more time to cast seven different ballot papers.

But PTI chairman said that re-polls should be held under the supervision of the Army.

"You can do it division by division, under the supervision of the army; we are also ready for that. We will not challenge them in court, although we have already won the elections," he said.