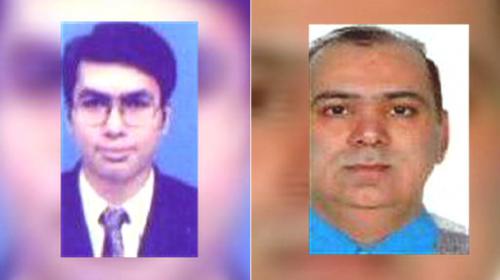 KARACHI: Vital progress has been made in the ongoing interrogation of four alleged agents of Indian spy agency Research and Analysis Wing (RAW), arrested recently in the city.

Startling revelations were made regarding the two suspects allegedly controlling over 20 RAW sleeper cells in the Sindh capital.

According to details, one suspect Safdar Baqri, the alleged incharge of more than 20 sleeper cells in Karachi, issues directives from Canada.

Investigative sources told Geo News the two suspects receive funds from their agents in Pakistan, who are rewarded every time for spreading unrest in the metropolis.

Safdar and Mehmood coordinate with their team over internet and new e-mail IDs are used for each fresh correspondence, said the sources. Different codeword are used for new terrorist activities, they added.

Flanked by other officials of police, CPLC and Rangers, he presented statistics regarding the Karachi operation to mark the completion of two years of the major offensive against criminals and terrorists in the port city.

Mahar said in order to fully restore peace in Karachi, these sleeper cells must be eradicated.