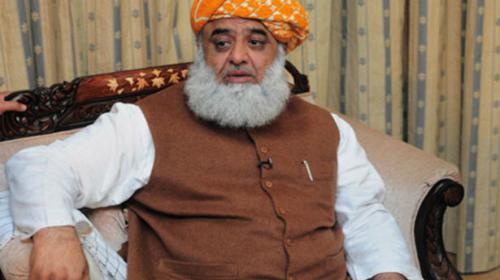 ISLAMABAD: The JUI-F has expressed its reservations over the 21st Amendment and will not support the bill when it is tabled in the National Assembly on Monday.

JUI-F chief, Maulana Fazlur Rehman said action against religion will not be allowed under the guise of terrorism.

The National Assembly will convene today (Monday) and is expected to approve two bills which will provide constitutional cover to special courts which will be formed to try terrorism suspects.

The Constitution (21st Amendment) Act, 2015 shall remain in force for two years from the date of its commencement and shall cease to be part of the Constitution and shall stand repealed on the expiration of the period.

The Article 175 of the Constitution provides for establishment of the Supreme Court of Pakistan and high courts in the provinces.

Article 8 (1) of the Constitution says any law, or any custom or usage having the force of law, in so far as it is inconsistent with the rights conferred by this Chapter, shall, to the extent of such inconsistency, be void.

Article 8 (2) says the state shall not make any law which takes away or abridges the rights so conferred and any law made in contravention of this clause shall, to the extent of such contravention, be void.

The statement of the objects and reasons says an extraordinary situation and circumstances exist which demand special measures for speedy trial of offences relating to terrorism, waging war or insurrection against Pakistan and prevention of acts threatening the security of Pakistan.

As per amendment to the Pakistan Army Act 1952, a new sub-section (4) has been added according to which the federal government shall have the power to transfer any proceedings in respect of any person who is accused of falling under any offense in jurisdiction of the Pakistan Army Act to be amended pending with any court to a court under this Act.

The new sub-section (5) says any proceedings transferred under sub-section (4) shall be deemed to have been instituted under this Act.

The sub-section (6) says where a case is transferred under sub-section (4), it shall not be necessary to record evidence which has already been recorded.

As amendment to Section 2 of the Pakistan Army Act, two new sub-clauses have been inserted.

According to a new sub-clause, any person who is or claims or is known to belong to any terrorist group or organisation using the name of religion or sect and raises army or wages war against Pakistan or attacks the armed forces of Pakistan and law enforcement agencies, or attacks any civil or military installations in Pakistan or kidnaps any person for ransom or causes death of any person or injury shall be punished under this Act.

The same sub-clause says any person in possession, storage, fabrication or transport of explosives, fire-arms, instruments, articles, suicide jackets or receivers or provides funding from any foreign or local sources for such illegal activities and acts or does any act over-awe the state or any section of public or a sect or a religious minority or to create terror or insecurity in Pakistan or attempts to commit any of the said acts, within or outside Pakistan shall be punished under this Act.

Another new sub-clause in the Pakistan Army Act says any person who is or claims or is known to belong to any terrorist group organisation using the name of religion or a sect, commits an offence mentioned in Protection of Pakistan Act, 2014.

According to an explanation, in this Act, expression ‘sect’ means a sect of religion and does not include any political party registered under any law for the time being in force.

The Pakistan Army (Amendment) Act 2015 which shall come into force at once, shall remain in force for a period of two years from the date of its commencement and shall cease to form part of the Act and shall stand repealed on the expiration of the said period unless extended by resolution passed by each house of Parliament.

The statement of objects and reasons says there exists grave and unprecedented threat to the integrity of Pakistan by the raising of arms and insurgency using the name of religion and a sect by groups of foreign and locally funded elements including warriors using the name of the religion or a sect who are to be severely dealt with under the law.