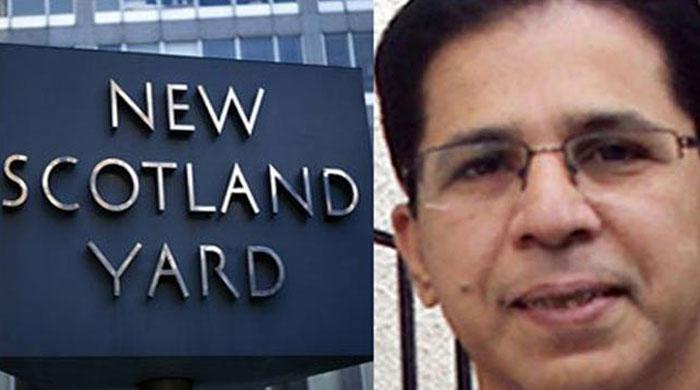 RAWALPINDI: A Scotland Yard team on Wednesday met key accused in the Imran Farooq Murder Case at the Adiala Jail.

The team also analyzed details of their banks accounts, the source added.

The team in the next few days will provide crucial evidence to the Joint Interrogation Team, sources said.

A six-member team of Scotland Yard arrived in Islamabad on Monday.

The Scotland Yard team upon arrival, visited the FIA headquarters. The team intends to share some evidence with FIA official Shahid Hayat, who is investigating the money laundering case against MQM.

Sarfaraz Merchant, one of the suspects in London money-laundering case also involving top leaders of the Muttahida Qaumi Movement (MQM), had his statements recorded before FIA on Monday.

Talking to Geo News in London, Merchant said, "I have given solid evidences to FIA related to MQM's money laundering." He added that the case of MQM having links with RAW is "very strong".

Imran Farooq, 50, a founding member of the MQM, was stabbed and beaten to death in Edgware, northwest London, as he returned home from work on September 16, 2010.

Farooq was a close confidant of MQM chief Altaf Hussain and a senior leader of the MQM when he fled the country in 1992, after an operation had been launched against the party by security forces. He was living in North London after claiming political asylum and had reportedly become an inactive member of MQM.