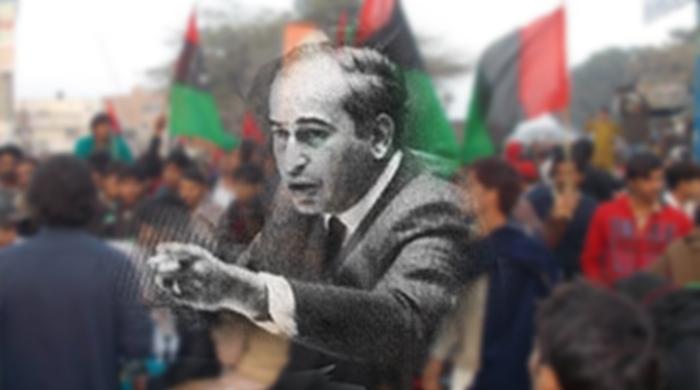 KARACHI: The Pakistan Peoples Party will observe Tuesday July 5th as a 'Black Day' as the founder of the PPP Zulfiqar Ali Bhutto the first democratically elected prime minister was ousted through a military coup in 1977.

Under the directives of Chairman Bilawal Bhutto Zardari, the PPP offices across the country will hoist black-flags and observe a black-day to condemn the ouster of democracy and imposition of dictatorship in the country, the Bilawal House Media Cell announced on Sunday.

On July 5, 1977 Prime Minister Zulfikar Ali Bhutto's elected democratic government was overthrown by military dictator General Zia-ul-Haq. Bhutto was imprisoned and subsequently tried for the murder of a political rival. Being convicted of murder in a controversial trial, Bhutto was hanged on April 4, 1979.