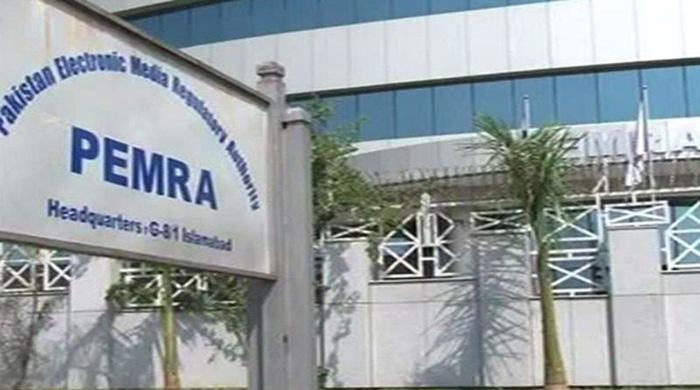 ISLAMABAD: Pakistan Electronic Media Regulatory Authority (PEMRA) on Wednesday imposed a blanket ban on airing of Indian content on satellite TV channels and FM radio from October 21, it said in a press statement.

The ban was imposed upon receiving government response to a summary PEMRA had forwarded earlier. The government delegated complete powers to the media watchdog pertaining to the decision-making on airing of Indian content in the country.

"Therefore, in its 120th meeting today, the authority decided to withdraw one-sided concession given to India in 2006 by the then Musharraf administration," read a PEMRA statement issued today. 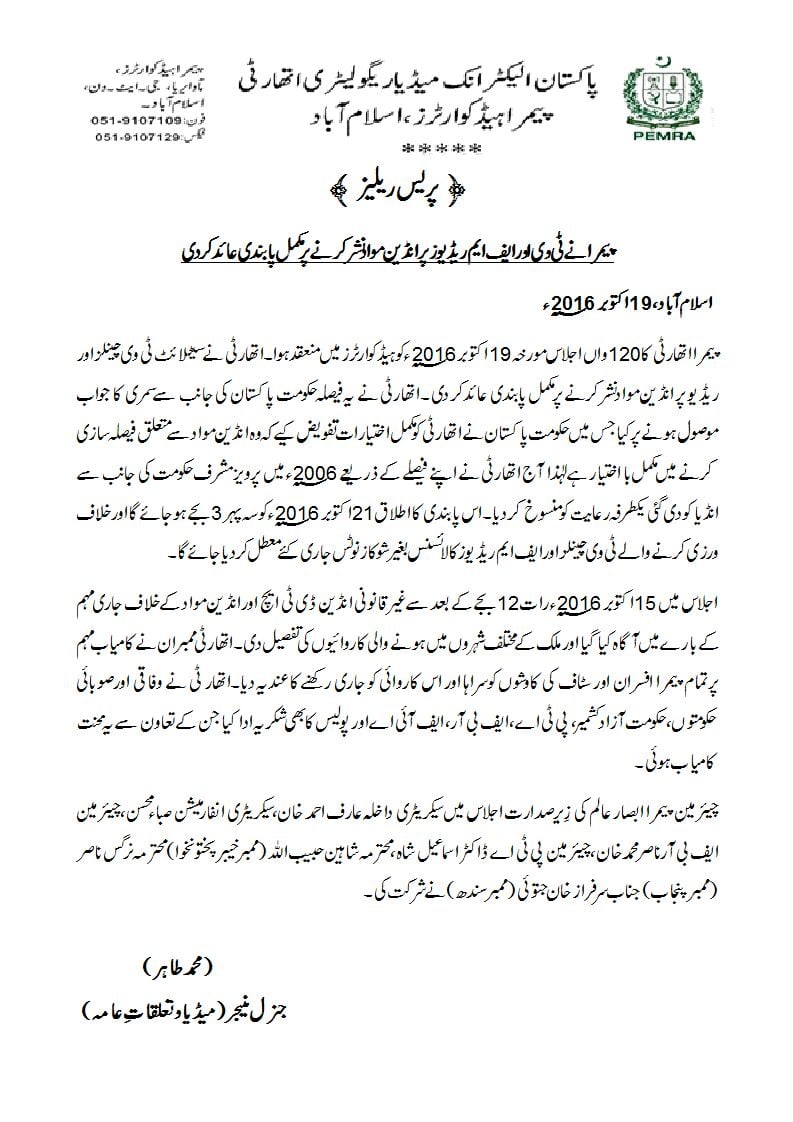 "The ban on Indian content will take effect from October 21 at 3 pm. The license of TV channels and FM radio stations, found guilty of violating the ban, would be revoked without any show-cause notice."

The meeting was briefed on action being taken against illegal Indian Direct-To-Home (DTH) services and content, and details of raids conducted across the country.

The authority members appreciated the efforts of PEMRA officials and staff, and directed them to continue their drive.