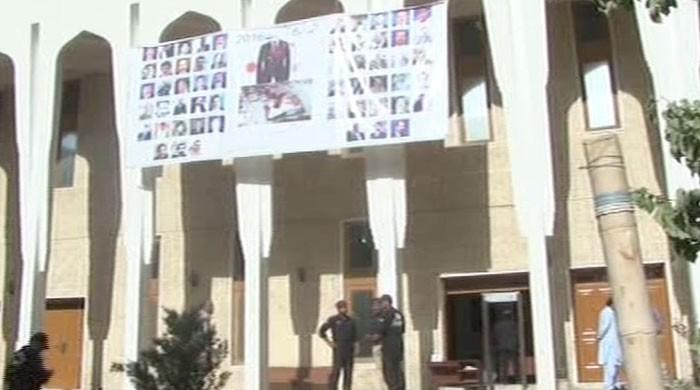 QUETTA: A judicial commission on the Quetta Civil Hospital Attack expressed its displeasure over the Balochistan government's lack of interest.

Justice Qazi Faez Isa, head of the commission, said that the federal government, attorney general and Balochistan government were not interested in solving the case.

He said that the lawyer community is demanding for justice and blaming the commission for going soft on the government.

Pakistan to give united message to India on August 5: FM Qureshi