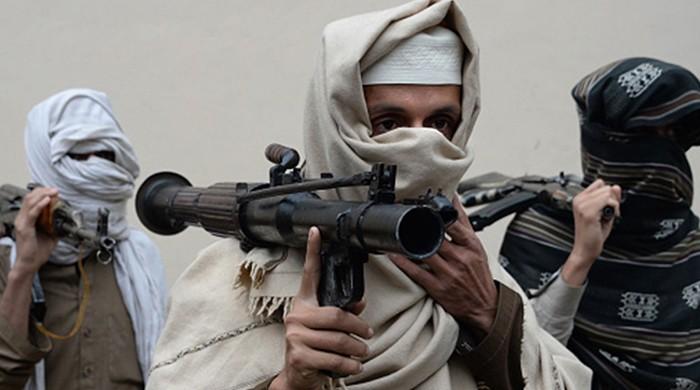 Akhtar was killed during a clash with Afghan security forces in Birmil area of Paktika province bordering Pakistan. Sources said his family has been informed that he has been killed.

Hailing from Chishtian, Qari Akhtar was an active leader of militants based in Afghanistan and Pakistan. He has previously worked as advisor of slain Taliban leader Mullah Omar, and was believed to have close ties to former Al Qaeda chief Osama bin Laden.

In 2008, Akhtar was arrested from Lahore in connection with the October 18 suicide bombing at Karachi's Karsaz area the previous year that narrowly missed former prime minister Benazir Bhutto but killed about 150 others. Bhutto was later assassinated in another gun-and-bomb attack in Rawalpindi on Dec 27, 2007.

In her book, which was published in February 2008, Bhutto had narrated in detail the suicide attacks targeting her welcome procession as well as the involvement of Qari Saifullah Akhtar in the assassination bid.

She wrote: "I was informed of a meeting that had taken place in Lahore where the bomb blasts were planned... Three men belonging to a rival political faction were hired for half a million dollars.... However, a bomb maker was needed for the bombs. Enter Qari Saifullah Akhtar, a wanted terrorist who had tried to overthrow my second government. He had been extradited by the United Arab Emirates and was languishing in the Karachi central jail.... The officials in Lahore had turned to Akhtar for help. His liaison with elements in the government was a radical who was asked to make the bombs and he himself asked for a fatwa making it legitimate to oblige. He got one. The bomb blasts took place in the army cantonment area in Karachi."

Born in January 1959 in South Waziristan, the HUJI chief was a graduate of the famous Jamia Binoria in Karachi.

Among other high-profile attacks, Akhtar has also been linked to two assassination attempts against former President Gen (retd) Pervez Musharraf.

He was arrested and extradited from the United Arab Emirates on August 7, 2004 on charges of plotting the twin suicide attacks on General Musharraf in Rawalpindi in December 2003.

Earlier arrested for a failed coup plot in 1995, he was released after the dismissal of the second Bhutto government in 1996. Shortly afterwards, he was reported to have moved to Afghanistan where was inducted into the cabinet of the Taliban ameer, Mullah Omar, as his adviser on political affairs.

Qari Saifullah was one of the few militant leaders from Pakistan who had escaped with Mullah Omar after the US-led Allied Forces invaded Afghanistan in October 2001.

Seven out of 10 COVID-19 deaths in Karachi occured in men: June report