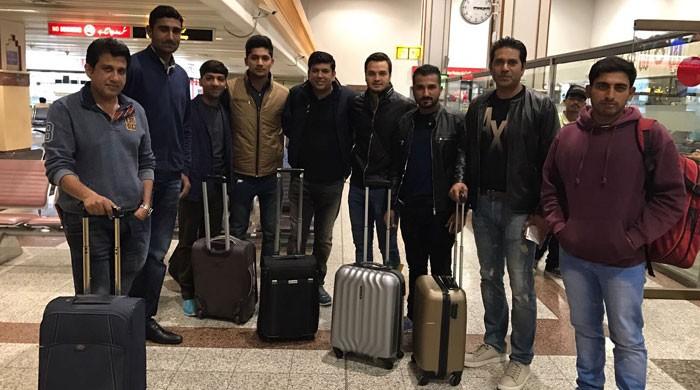 KARACHI: Pakistan Super League (PSL) team Lahore Qalandars reached Dubai on Thursday morning, becoming the first team to land in the United Arab Emirates for the second edition of PSL, with an aim to provide maximum opportunity to local, national and international players to gel with one another.

Lahore Qalandars will be joined by their captain Brendon McCullum of New Zealand on Friday, to kickstart the team’s campaign in PSL 2017.

Azhar Ali – who is waiting for his travel documents – and Umar Akmal – who has gone to perform Umrah – will join the team later in Dubai.

The franchise ran a long players’ development program which featured 113,000 cricketers from Punjab in an attempt to find raw talent for the team and transform them into performers. Team’s leadership has also been transferred to former New Zealand captain Brendon McCullum from Azhar Ali.

Now, the Lahore Qalandars believe they’re the best prepared side for the tournament and have set their eyes on the trophy of the second edition already.

“We are well prepared, players have done a lot of hard work. We have the best of local talent and the best leader in T20 Cricket, Brendon McCullum,” said Atif Rana of Lahore Qalandars.

“InshaAllah, Lahore will be a tough side to beat,” he said.

Rana added that the catch behind early departure to Dubai was to provide an ample opportunity to everyone to know one another.

Lahore Qalandars will formally launch their PSL 2017 campaign on 10th February by taking on the finalist from the previous edition, Quetta Gladiators.