Six of a family killed in Bahawalnagar cylinder explosion 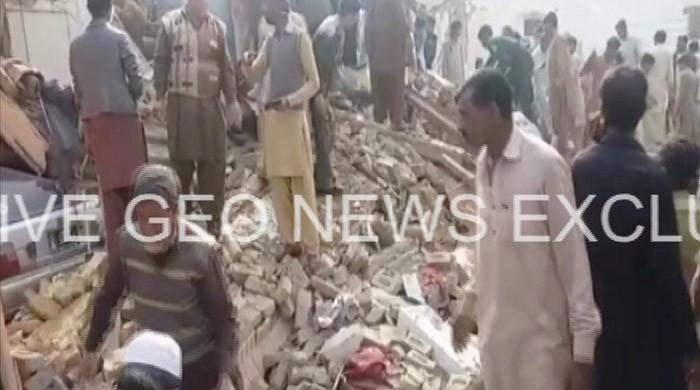 BAHWALNAGAR: Six members of a family were killed after the roof of their home collapsed following a gas cylinder explosion on Tuesday.

A portion of the house, located on Circular Road, was reduced to rubble. As a result of the explosion, walls of four nearby houses also collapsed trapping and injuring residents under the rubble.

Rescue personnel rushed to the site and shifted the injured and bodies to nearby hospitals.

Two men, two women and a child were among the deceased. However, their identities have not yet been confirmed. One of the seven injured is said to be in critical condition.