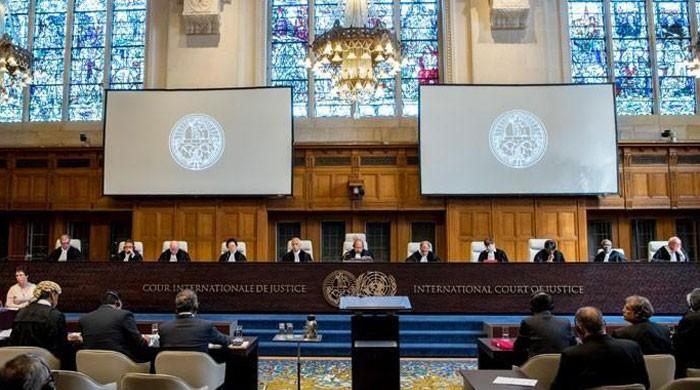 THE HAGUE: The International Court of Justice (ICJ) on Thursday ordered Pakistan to halt the execution of Indian spy Kulbhushan Jadhav until a final decision in the proceedings.

"Pakistan shall take all measures at its disposal to ensure that Jadhav is not executed pending the final decision in these proceedings," ordered Judge Ronny Abraham, president of the court, as he announced the decision.

The ICJ rejected Pakistan's stance and stated that the court had jurisdiction and would hear the case and seek arguments from both parties.

Judge Abraham stated that the ICJ had prima facie jurisdiction under Article 1 of the Optional Protocol to the Vienna Convention. The court further observed that the existence of a 2008 bilateral agreement on consular relations between India and Pakistan does not change its conclusion on the issue of jurisdiction.

“Pakistan shall inform the court of all measures taken in implementation of the present order. The court also decides that, until it has given its final decision, it shall remain seised of the matters which form the subject-matter of this order,” the order stated

Explaining its reasoning, the court began by establishing that based on the initial facts, it has jurisdiction over the case.

According to the judgment, it then turned to the question whether the rights alleged by India are at least plausible and decided in the affirmative.

The court then examined whether there is a risk of irreparable prejudice and urgency. It considered that the mere fact that Jadhav is under a death sentence and might therefore be executed is sufficient to demonstrate the existence of a risk of irreparable prejudice to the rights claimed by India. The court further observed that Pakistan has indicated that any execution of Jadhav would probably not take place before August 2017. “This means that there is a risk that an execution could take place at any moment thereafter, before the court has given its final decision,” it stated, adding that Pakistan has [also] not given any assurance that Jadhav will not be executed before the court has rendered its final decision. “In those circumstances, the court is satisfied that there is urgency in the present case,” it stated.

Following the judgment, Foreign Office spokesperson Nafees Zakaria stated that Pakistan had challenged the authority of the ICJ after consulting with all institutions and agencies. "No institution can be party to Pakistan's national security," Zakaria said.

The ICJ on Monday had conducted hearing into India's petition demanding staying of Pakistan's death sentence to Kulbhushan Jadhav, a RAW operative and on-duty Indian navy officer who was apprehended from Balochistan in a counter-intelligence operation in March 2016.

Pakistan’s counsel, Khawar Qureshi, presented the country’s stance in the ICJ on the death sentence handed to Jadhav, contending that according to the Vienna Convention the case cannot be heard in the ICJ.

“India has not provided any evidence to rebut that Jadhav is a terrorist,” Qureshi informed the court, moving it to turn down India's request.

Jadhav was arrested in a counter-intelligence operation in Balochistan last year and sentenced to death by a military court last month on charges of espionage and sabotage.