DUBAI: Prime Minister Imran Khan said on Sunday that it is a conducive environment under the current government in Pakistan for investment.

The PM was addressing the World Government Summit, which is an annual gathering of heads of states/government, policymakers, business leaders and experts to discuss current and future opportunities to improve governance through reform, innovation and technology.

In his address, the prime minister said that Pakistan could not continue its pace of progress due to the overindulgence of corrupt politicians.

The premier said that good governance lies at the base of progress, adding that Pakistan was at its epitome of progress in the era of 1960s.

“People did not trust governments in the past which is why they didn’t pay taxes,” he said.

The PM also expressed his views, regarding his address, on social media.

Earlier, he met Vice-President and Prime Minister of the UAE and Ruler of Dubai, Sheikh Mohammad Bin Rashid Al-Maktoum, on the sidelines of the World Government Summit.

PM Imran's participation is aimed to underscore Pakistan's strong interest in the knowledge economy, artificial intelligence, green development and the importance of innovation for growth.

Among other key speakers at the summit will be renowned tech leader Dr Umar Saif, who spearheaded Punjab’s technological advancement as well as the recent growth of the IT industry in Pakistan, and Burhan Rasool, who is a member of PM’s Task Force on Austerity and Restructuring Government.

The premier also held talks with IMF chief on the sidelines for talks on issues which have held up bailout negotiations. He also meet the UAE leadership during the visit.

Coronavirus vaccine trial in Pakistan to end this week

Bushra Bibi is 'more than a mother' to Noor Bukhari

How soon will coronavirus vaccine be available in Pakistan? 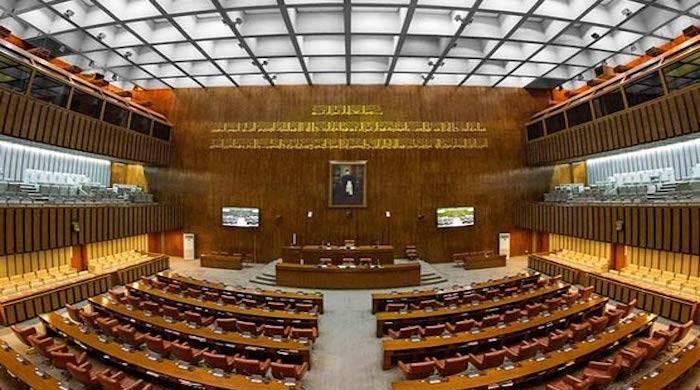