Sit-in issue to be solved through reconciliation, says PM Imran

ISLAMABAD: Prime Minister Imran Khan has told PTI lawmakers not to worry about the Azadi March sit-in protest, in a meeting that took place on Thursday.

“The issue [dharna] will be solved through reconciliation,” PM Imran was quoted as saying.

The prime minister urged the PTI parliamentarians to support him against rising inflation in the country. “We will bring hoarders to the book,” he said. "Pakistan is going through artificial inflation because of these hoarders.”

PM Imran lashed out at the Sindh government and said the situation in Karachi was taking a turn for the worse day by day. “The Sindh government has completely failed,” the prime minister was quoted as saying. "I will pay a visit to Karachi soon.”

The prime minister issued directives to all the PTI lawmakers to remain in parliament. He said that all parliamentarians should play their role in ensuring that the Pakistan Medical Authority bill was passed.

The prime minister said that people had started treating the medical profession as business. He added that people were running their own medical colleges and were also members of the medical board. “These people are playing with human lives,” he reportedly said. “They should be dealt with strictly.”

Meanwhile, the Rahbar Committee of the opposition parties, which met here on Thursday, while deciding to continue the Azadi March, announced to exert more pressure on the government to press for their demand of prime minister’s resignation as they proclaimed that the Azadi March would take a new turn within two days.

Addressing a press conference after Rahbar Committee’s meeting, Muhammad Akram Khan Durrani said the Rahbar Committee considered different proposals to exert more pressure on the government. “The Rahbar Committee while praising commitment of participants of the sit-in decided to continue the Azadi March,” he said.

Durrani said the committee discussed three proposals and in coming days, the Azadi March would take a new direction. “We have discussed these proposals, which will be shared with the media at a proper time,” the convener of the committee said. He maintained that protesters sitting at Azadi March committed to remain in the federal capital till demands conveyed by their chief and the opposition parties to the government were accepted.

Durrani told the media that more caravans from Bannu and other districts of KP province had left for Islamabad to join the Azadi March.

“We are improving arrangements for stay of protesters in Islamabad in inclement weather and fresh consignment of tents and food items would reach Islamabad shortly.”

It may be pointed out that the JUI-F chief Maulana Fazlur Rehman had already announced to consider other options, including shutter down strike, lockdown and resignations from assemblies but he also made it clear all decisions would be taken with consultation and consensus among political parties.

Speaking to media outside the Parliament House, PML-N parliamentary secretary Khawaja Muhammad Asif said participants of Azadi March were getting no assistance from the government, CDA or any other department.

He said protesters were also being denied medical treatment at government hospitals and as a result three participants have died. Instead, he said that CDA employees and police personnel were getting food with organisers of the sit-in and sleeping with them in the containers.

Moreover, he said the mosques being managed by the government have been closed for protesters while internet service has also been stopped where the Azadi Marchers are staying.

“Islamabad is a safe city but still vehicles of protesters are being stolen,” he said. Asif added that metro bus service had also been stopped without any reason due to which people particularly government employees were facing great hardships. 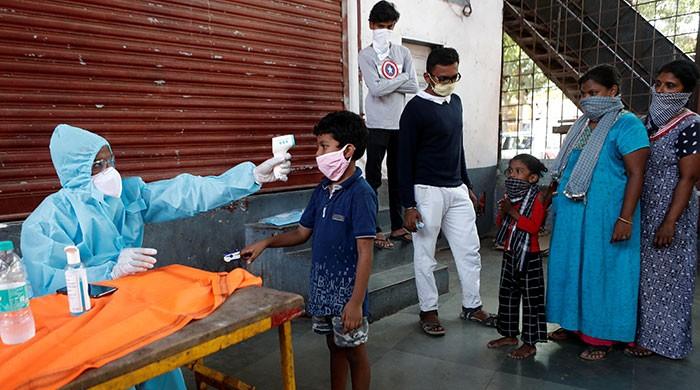