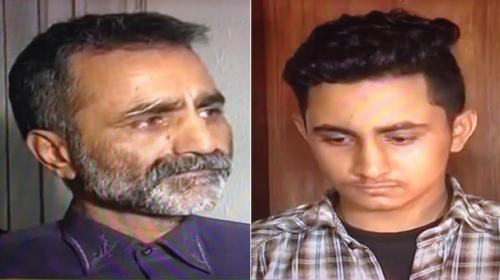 LAHORE: A heartless father along with his son set a new precedent of barbarism in Azeem Park area of the city by killing the daughter because the poor girl failed to cook roti (round bread) whose shape did not seem perfect to them, said police on Wednesday.

SP investigation Muhammad Naveed, talking to the media, said Khalid and his son kept shedding crocodile tears to hoodwink the police but the mother took off the lid on how brutally they beat the 13-year old Aneeqa to death. It was then that the police took the father and son into custody, he added.

He said the police interrogation from the father and son confirmed that they had murdered the young girl.

He said the father and son beat Aneeqa so much that she fell unconscious. Later, he agreed to take her to the hospital on his older daughter’s insistence. But, as they were taking Aneeqa to hospital she succumbed to the wounds and lost the battle of life forever.

The SP Investigation said the father used to beat his older daughter as well.

'Made in Pakistan': First batch of ventilators handed over to NDMA, says Fawad