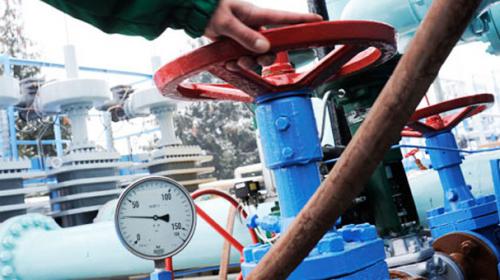 LAHORE: With an increased demand for natural gas amid dipping temperatures, the gas crisis is worsening in Punjab and Islamabad as low pressure, coupled with unscheduled loadshedding, has forced citizens in many urban areas to use firewood.

In several cities, women came on the roads and streets holding kitchen utensils toprotests. And the situation isn’t different in Quetta where it is a yearly routine for the locals to brave the extreme cold without gas to fire their heaters.

The citizens resorted to protest for expressing their anger in various cities of Punjab including Lahore where different areas - Iqbal Town, Baghbanpura, Harbanspura, Faisal Town, Shahdarah and others - are experiencing low gas pressure and loadshedding. Sources say gas pressure is normal in the posh localities only, while citizens, especially women, protested against the government.

They said that gas shortage had badly disturbed daily routine as they were neither able to cook food nor had hot water amid cold weather.Protests were also reported from Gujranwala, Sahiwal, Nankana, Sheikhupura, Gojra and other towns and cities. In Sargodha, around 60 percent areas are without gas supply.

The gas shortage affected consumers as they threatened to besiege the gas office in Lahore. The gas loadshedding also affected the higher authorities of Sui Northern Gas Pipeline Limited (SNGPL). During the past week, gas supply remained almost suspended to the houses of SNGPL higher officials. In this regard, the Lahore region GM Mehmood Zia was taken to task for non-supply of gas to the houses of the higher authorities. Various attempts were made to contact Mehmood Zia for his version, but he was not available.

On the other hand, power loadshedding also continued in Lahore even on Sunday, the weekly holiday. Owing to annual closure of canals, production of hydel power has decreased to a large extent. Now, besides other cities and towns of Punjab, Lahore is also experiencing night-time loadshedding for long hours. Currently, big cities in Punjab are facing 10 hours of power loadshedding and the rural areas facing up to 14 hours of outages.—Originally published in The News