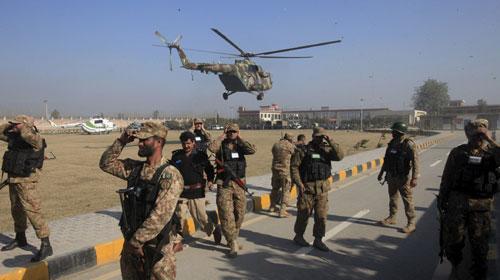 ISLAMABAD: Authorities have completed the initial investigation of the terrorist attack on the Bacha Khan University in Charsadda in which at least 20 people were martyred, sources told Geo News on Wednesday.

According to reliable sources, clues uncovered in the initial investigation of the attack point in the direction of a neighboring country.

The sources said that authorities have also traced a telephone call coming from Afghanistan that may be linked to the deadly terrorist attack on the university that left several students, security guards, a policeman, and atleast one professor dead.