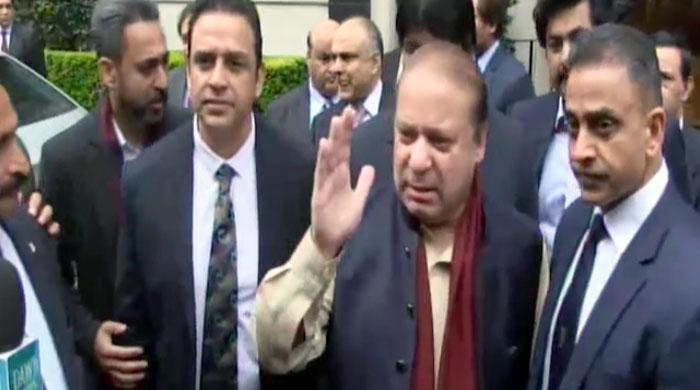 LONDON: Prime Minister Nawaz Sharif is expected to land in Islamabad at 9 pm today, after completing his medical check-up in London.

Speaking to the media outside a house he was staying at in London he said that the Panama Leaks have not accused him of any wrongdoing. “However a commission on the issue will be created,” he said.

Sources said that the prime minister had directed all federal ministers to remain in Islamabad. He is expected to address a meeting on Wednesday.

Sources said Finance Minister Ishaq Dar will brief the prime minister on the Panama Leaks commission upon his arrival.

A source said that the prime minister’s mother had left Lahore for Islamabad to meet him.