Turkish FM insists Gulen-run schools in Pakistan must close down 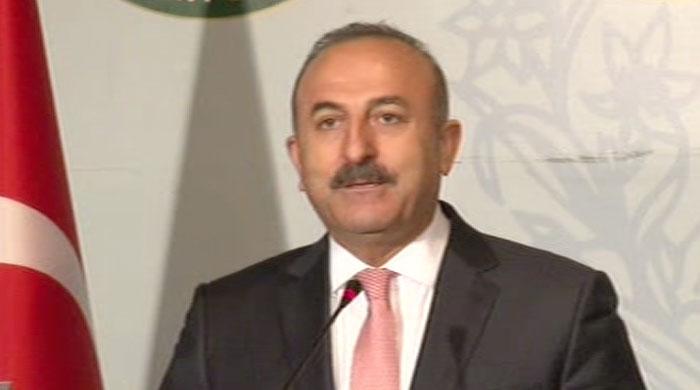 ISLAMABAD: The Turkish foreign minister emphasized that a chain of ‘Gulen-run’ schools in Pakistan should be closed, during a one-day visit here on Tuesday.

The Turkish foreign minister said that a coup had been planned by Fethullah Gulen from Pennsylvania.

Turkey has blamed the US-based cleric who was a former supporter of Turkish president Tayyip Erdogan for a failed coup in Turkey, though Gulen has rejected the allegations.

He added that Turkey had asked Pakistan to close down these schools much before the attempted coup. “The request was made when President Mamnoon Hussain visited Turkey.”

The Gulen-run schools are functional in many different countries, he said.

The Turkish foreign minister said that Turkey had always supported Pakistan on its stance on the Kashmir issue. He added that a fact-finding commission should be formed to investigate human rights violations in Kashmir.

He added that the two countries are in talks to initiate the Islamabad-Istanbul corridor.

Sartaj Aziz stressed that Pakistan and Turkey enjoy close brotherly relations. “We are on the same page when it comes to tackling terrorism.”

Sartaj Aziz also said that the Turkish people had foiled the attempts by a certain section of the Turkish army to stage a coup and overthrow the democratic government of Erdogan and Prime Minister Yildrim. Sartaj also reminded the Turkish Foreign Minister that the parliament of Pakistan had passed a resolution condemning the attempted military coup in Turkey.

Over 11000 students and 1500 teachers will be directly affected if the 23 Pak-Turk schools in Pakistan close down.