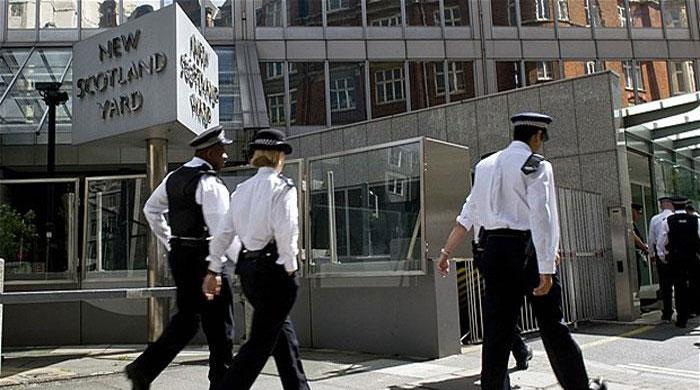 LONDON: A criminal law barrister has announced that he will initiate private prosecution of the MQM leader Altaf Hussain if no charges are brought by the Crown Prosecution Service (CPS) in relation to the 22nd August incitement of violence speech.

Barrister Yasser Gulraiz, who is based in Birmingham, said that he has been instructed by a “private client to pursue a private prosecution against Mr Altaf Hussain pursuant to section 6 of the prosecution of offences act 1985”.

“Whilst I have this instruction I must point out that if the state (CPS) decides to charge Mr Hussain then that is the preferable course of action. If they decide not to then my instructions are to lay information and obtain summons to bring Mr Hussain before the courts.”

When asked about the huge costs involved, Gulraiz said: “It would be inappropriate to make any judgment on this - it all depends on the nature of charges and where the case is tried. If the case was pursued in the magistrate’s court, the costs would be substantially less than having a full judge and jury trial before crown court.

“It is important to note that there is no legal aid available for instituting a private prosecution therefore a client must be prepared to fund a prosecution themselves. However, you can apply to get your costs back, including investigative costs at the end of the proceedings.  The court can make an order that either the accused pay the prosecutors costs or an order that the costs are paid out of central funds (state funds), irrespective of whether the accused is convicted or acquitted (unless the prosecution was instituted or continued without good case).

He said that the code for prosecutors requires that there should be a "realistic prospect" of conviction and that it is in the public interest to pursue and “once this is met then a charge can be framed”.

Barrister Yasser Gulraiz explained that there are several laws that are "possibly engaged" under which the charges could be framed against Altaf Hussain.

He said that he has been in contact with the Scotland Yard and the officer in the case has communicated to his chambers that an investigation is on-going. “I have written to the CPS to confirm my involvement on the basis of instructions as a private prosecutor and requested that I am kept abreast of the position. I need to know whether CPS will charge. It is to be noted for summary only offences we have a maximum of 6 months to commence prosecution. I am well aware of this and should a summary only offence be one of charges sought then I am instructed to obtain summons before the 6 month expiry regardless of where we are up to in respect of the CPS investigation.”

He said that there is a section with The Terrorism act 2006 titled “inciting terrorism overseas” and It states that a person has committed offence if (a)he incites another person to commit an act of terrorism wholly or partly outside the United Kingdom, and(b) the act would, if committed in England and Wales, constitute one of the offences listed in subsection (2). (2)Those offences are— (a) murder, (b)an offence under section 18 of the Offences against the M1Person Act 1861 (wounding with intent), (c) an offence under section 23 or 24 of that Act (poison), (d)an offence under section 28 or 29 of that Act (explosions), and (e)an offence under section 1(2) of the M2Criminal Damage Act 1971 (endangering life by damaging property). (3)A person guilty of an offence under this section shall be liable to any penalty to which he would be liable on conviction of the offence listed in subsection (2) which corresponds to the act which he incites. (4)For the purposes of subsection (1) it is immaterial whether or not the person incited is in the United Kingdom at the time of the incitement. (5)Nothing in this section imposes criminal liability on any person acting on behalf of, or holding office under, the Crown.”

He explained Section 4 of the public order act 1986 (POA) makes it an offence for a person to use threatening abusive or insulting words or behavior that causes or is likely to cause another person harassment alarm or distress. Section 127 of the communications Act 2003 makes it an offence to send a message by means of a public and electronic communications which is grossly offensive, or of an indecent or obscene or menacing character.”

He said that Hussain’s 22nd August speech would be reviewed, and based on the evidence, the appropriate charge would be framed.