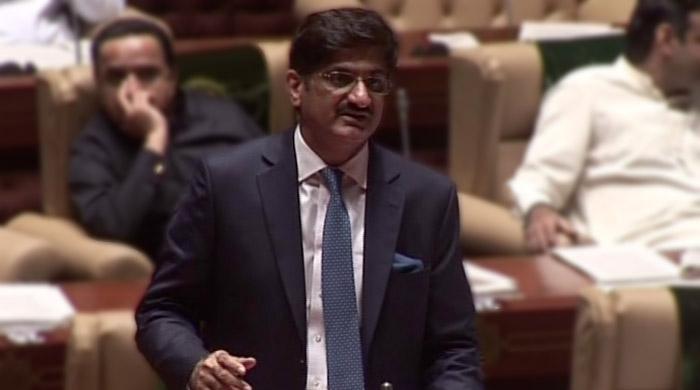 KARACHI: Chief Minister Sindh Sayed Murad Ali Shah claimed on Tuesday that the province will get 800MW of electricity by 2018.

Responding to questions during the Sindh Assembly session raised by an MQM legislator the chief minister responded that everyone is aware of the state of load-shedding in Sindh. He added the HESCO and SEPCO are not keeping pace with the government and have both acknowledged their slow pace.

He demanded that both HESCO and SEPCO be handed over to the Sindh government.

The chief minister told the assembly, that work is being conducted to improve the transmission lines adding that by January 100MW will be added to the system.

Shah said that power generation projects are being set up in Badin and Tahrparkar. He added that the company awarded the contract to generate electricity on the Nara canal is responsible for the delay.

Murad Ali Shah told the assembly that the Sindh government has spent Rs. 9 billion to provide electricity to rural areas. He added that the government will only produce the electricity and provide it to K-Electric.

Citing electricity tariffs as a hurdle that is yet to be resolved with the center Shah added, that he has requested the prime minister to allow the province to set up power generation plants and that Sindh is ready to spend towards power generation.

He complained that electricity bills are so high that it becomes difficult to for people to pay their dues. Adding that people take away the transformers and then the federal government says it is the provinces responsibility to replace them.

Shah said he is unable to understand why coal is being imported, when it has already been proven that coal from Thar can be used and stressed that focus should be on using Thar coal for power generation.

The chief minister added that 800MW of electricity can be produced in the province by harnessing wind power and setting up wind farms.

NCC to decide on easing or extending lockdown tomorrow