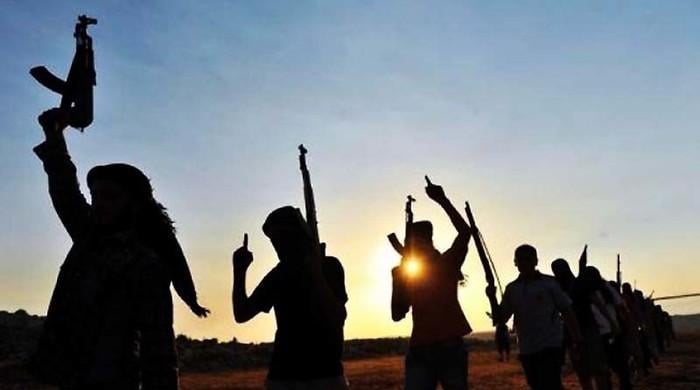 ISLAMABAD: Although the number of terror incidents is fast declining, but militant organizations are again active to strike back at the state of Pakistan.

“Eight rival militant organizations have formally joined hands and have decided to cooperate with each other against Pakistan,” a key militant leader requesting anonymity claimed while talking to Geo News. The claim was later independently verified by other sources on Monday.

The militant leaders joined hands during a formal meeting at Afghanistan’s Ghazni province, which is neighbouring Federally Administered Tribal Areas (FATA) of Pakistan.

Yousaf Mansour who hails from thickly populated metropolitan city of Karachi has hit the media headlines after LJA’s claim of assisting Daesh (Islamic State) in the deadly attack of October 23rd in Quetta. The attack took 62 lives of young police cadets.

The people who attended this meeting included the presence of Javaid Sawati, a close aide of Mullah Fazlullah chief of the defunct Tehreek-e- Taliban Pakistan (TTP), currently hiding in Afghanistan following the military operation in South Waziristan. Sawati was previously heading the TTP Karachi chapter and currently he is coordinator of the group.

Jandullah, another key militant organization mostly active in Balochistan and partly in Karachi was represented by Wajid Mehsud. Likewise Maulvi Khatir of TTP Sajna group, Shahryar Mehsud who leads the TTP Shaharyar group himself was present in the meeting.

The sources claim that initially the groups have agreed to work jointly however another meeting would be held in December in which probably all the chiefs of the above mentioned organizations would further deliberate their strategy.

The sources claim that most of these groups were based in South Waziristan but they had to flee from the area following the military operation Zarb-e-Azb which started on 15 June, 2014.