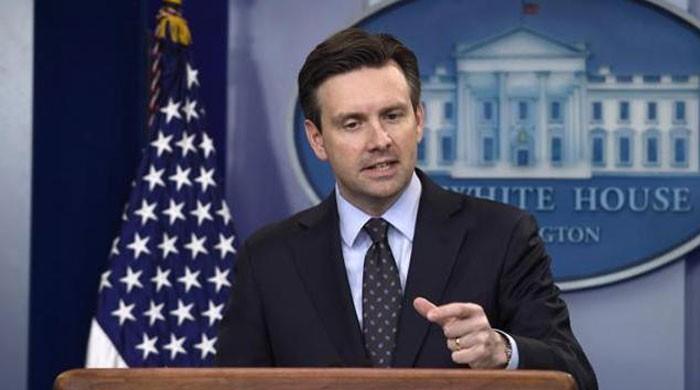 WASHINGTON: The White House has said the relationship between Pakistan and US is ‘quite complicated’, particularly in matters of national security.

In a media briefing, White House spokesman Josh Earnest noted that the relationship between Pakistan and US got more complicated after US conducted a raid in Pakistan that killed Al-Qaeda chief Osama bin Laden.

He added that over the past eight years Pak-US ties could not remain smooth, which was one reason President Obama’s wish to visit Pakistan could not materialize.

The spokesman said he cannot comment on the accuracy and tone of the recent conversation between US President-elect Donald Trump and Pakistan’s Prime Minister Nawaz Sharif and added that Trump’s team would be contacted for clarification in this regard.

The spokesman further said that Pakistan is likely to be included in the list of countries President-elect Trump would visit after assuming charge.

Replying to a question, Earnest said, “Once President Obama had expressed his wish to visit Pakistan, however, due to some reasons he could not visit there.”

He said that in the past, every US President sought advice and benefitted enormously from the expertise of the officials at the State Department before meeting with world leaders and Donald Trump would also do so after taking charge.

He added that there are dedicated experts and public servants at the State Department with years of experience.