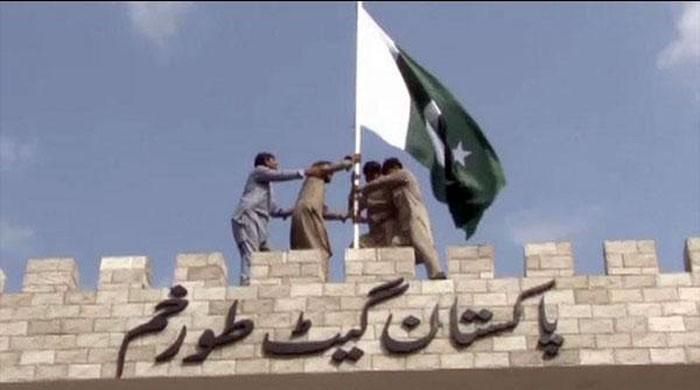 ISLAMABAD: The United Kingdom will host a joint session between Pakistan and Afghanistan in London on Wednesday.

The meeting will be the highest level face-to-face discussion between representatives of the neighbouring states after Islamabad closed down border crossings with Afghanistan and shelled alleged terrorist sanctuaries on the Afghan side along the border, last month. Pakistan acted after a rapid increase in terrorist attacks in the country in the past month.

The Foreign Office confirmed that the meeting was taking place but refused to comment further.

Pakistan has accused Afghanistan for not taking action against alleged terrorist sanctuaries that it believes are responsible for planning and executing attacks on its territory.

Earlier in February, Pakistani diplomatic officials summoned the Afghan deputy head of mission to the Foreign Office to convey concerns over continuing attacks by terrorist outfit Jamaat-ul-Ahrar from its sanctuaries inside Afghanistan.

Army Chief General Qamar Javed Bajwa had a telephonic conversation with US General John Nicholson, Commander of Resolute Support Mission (RSM) in Afghanistan on February 17, conveying his concerns over continued acts of terrorism in Pakistan from Afghanistan, the ISPR said in a statement.

"Most of the incidents in Pakistan are claimed by terrorist organisations with leadership hiding in Afghanistan," General Bajwa told the US General John Nicholson. A statement released by the ISPR said: "The COAS said that such terrorist activities and inaction against them are testing our current policy of cross-border restraint."

This is not the first time the UK has attempted to mediate between the two neighbours. The Chequers Summit in February 2013 was a similar effort, which however resulted in further aggravating the rift following which, former British Prime Minister David Cameron visited both Islamabad and Kabul in July to make a fresh attempt at peace talks.

Sanghar man accused of torturing children for cutting wood in the wind: police