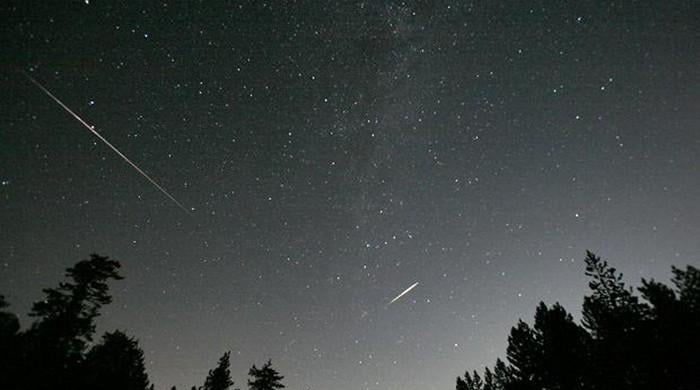 ISLAMABAD: A suspected meteor lit up the skies above Pakistan´s mountainous north late Wednesday, officials said, with panicked residents reporting a mysterious light whizzing past and the sound of multiple, powerful blasts.

The incident occurred around 9PM, when citizens in the city of Gilgit and the surrounding Ghizer and Diamer districts saw the bright object racing through the night sky above the region´s remote, soaring mountains.

"I saw a light flash through the sky and then there were multiple blasts," Ghizer district resident Javed Iqbal told AFP Thursday.

"I felt as if something had hit the roof of my house. I rushed outside with my family members and saw everyone getting out of their homes. The blasts had shaken the whole valley," he said.

His story was echoed by others, including Shabir Mir of Gilgit, who said he saw the object "disappear into the mountains", followed seconds later by what sounded like more than one explosion.

"I thought the object might have hit the mountain," Mir told AFP.

Social media was also flooded with reports of the incident, with some users posting unverified images they said were of the strange light.

Sibtain Ahmed, a senior administration official in Gilgit, on Thursday confirmed the object had been seen in all three areas, followed by the sound of loud explosions.

"According to our investigation, the flying object was a meteor flying low," he told AFP.

The apparent blasts were the sonic boom created as the meteor ripped through the sky faster than the speed of sound, he said.

"It did not hit the ground," Ahmed said, claiming it had crossed Pakistan´s territory headed towards Afghanistan´s Wakhan Corridor, which borders the Gilgit-Baltistan region to the north.

Meteors are pieces of comet or asteroid from outer space that create a fireball as they hit the Earth´s atmosphere.

Those that survive the intense heat and friction and reach the surface without breaking up are known as meteorites, and are sought after by scientists for the information they can give about the early solar system.

It was not clear if the meteor crashed or broke up in the sky. The terrain between the city of Gilgit and the Wakhan Corridor is extremely remote and home to some of the highest mountains in the world.

There were no immediate reports of any meteor in Afghanistan.

Pakistan´s military released no official statement on the incident, and authorities from Pakistan´s space agency, the Space and Upper Atmosphere Research Commission (SUPARCO), could not immediately comment.