NEW YORK: United Nations Secretary-General Antonio Guterres appointed Nobel laureate Malala Yousafzai a UN Messenger of Peace on Monday to promote girls education, more than four years after a Taliban gunman shot her in the head on her school bus in 2012.

At 19, Yousafzai is the youngest Messenger of Peace, the highest honour given by the United Nations for an initial period of two years. She was also the youngest person to win the Nobel peace prize in 2014 when she was 17. 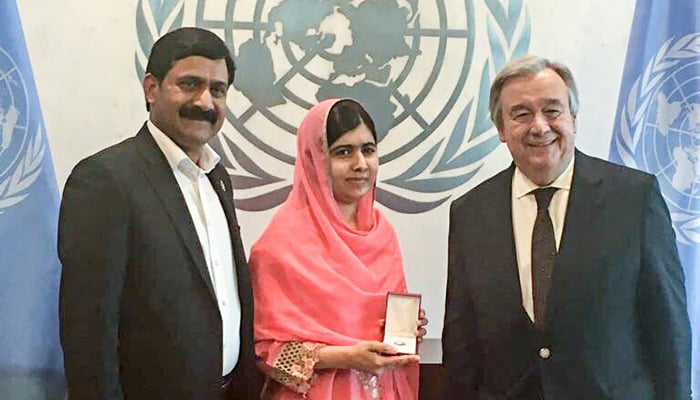 "You are not only a hero, but you are a very committed and generous person," Guterres told Yousafzai.

Other current Messengers of Peace include actor Leonardo di Caprio, for climate change, actor Charlize Theron, whose focus is prevention of HIV and elimination of violence against women, and actor Michael Douglas, whose focus is disarmament.

Yousafzai has become a regular speaker on the global stage and visited refugee camps in Rwanda and Kenya last July to highlight the plight of refugee girls from Burundi and Somalia. 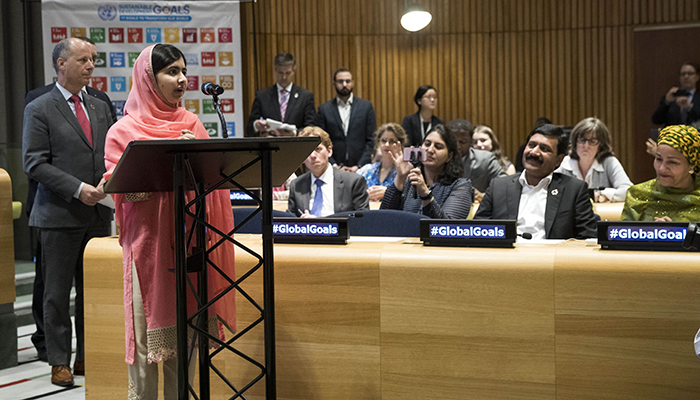 The Pakistani education activist came to prominence when a Taliban gunman shot her in the head in 2012 as she was leaving school in Pakistan's Swat Valley, north-west of the country's capital Islamabad. She was targeted for her campaign against efforts by the Taliban to deny women education.

"The extremists tried all their best to stop me, they tried to kill me and they didn't succeed," Yousafzai said on Monday. "Now this is a new life, this is a second life and it is for the purpose of education."She now lives in Britain, where she received medical treatment after she was shot. Yousafzai said that when she finishes secondary school in June, she would like to study philosophy, politics and economics at university. 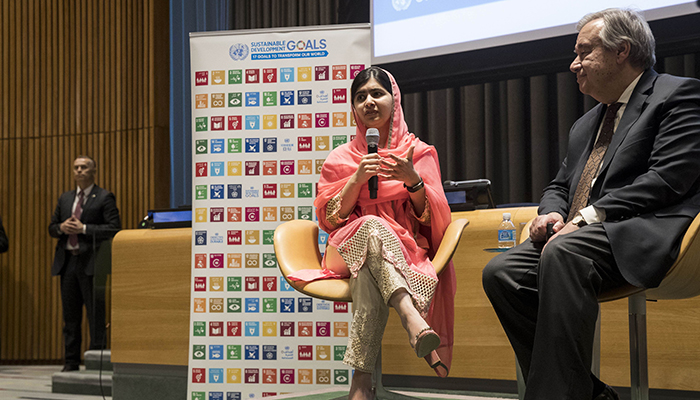 'No one above the state', says Shibli Faraz as PDM's anti-govt campaign gains pace

I am no puppet, do not take orders from anyone: Bilawal