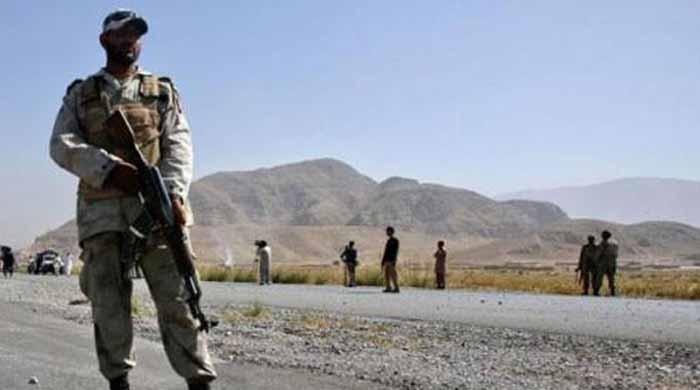 RAWALPINDI: Five terrorists have been killed while nine apprehended in search and intelligence based operations across the country, according to an ISPR release.

The army’s media cell said during the last 24 hours, security forces conducted 29 cordon-and-search operations and 12 IBOs in different parts of the country.

The ISPR said that in the operations were carried out in different parts of Punjab including Bahawalpur, Rahim Yaar Khan, Lohdran, Pakpattan and Bahawalnagar. Nine terrorists were apprehended during these operations.

In Balochistan, FC and intelligence agencies conducted an IBO in Gawak, Mand, said the ISPR, adding that five terrorists of proscribed organisations were also killed.

During the exchange of fire, two FC soldiers were injured.

During the operation, two terrorists Shahid & Abdul Raziq were apprehended who were planning a major terrorist attack in the area upon directions from across the border, said the ISPR.

In South Waziristan Agency, security forces recovered a large amount of explosives during a search operation in Giga Khel, the ISPR added.

CTD arrests 'most wanted terrorist' during SITE operation in Karachi