Upon the ex-prime minister's complaint of chest pain, doctors carried out a check-up and advised that he be shifted to a coronary care unit (CCU) immediately, sources said, following which the jail superintendent contacted the additional chief secretary.

"In light of the additional chief secretary's report, the caretaker government has decided to shift Nawaz [Sharif] to PIMS," sources in the Interior Ministry said.

His "ECG (electrocardiogram) was conducted and showed changes as per the medical report," sources said.

Sources disclosed that he was subsequently moved to the CCU.

According to a notification issued after Sharif's transfer to the PIMS hospital around 8PM last night, the medical facility's cardiac ward has been declared a sub-jail.

Sharif, who was transported under strict security, was received by PIMS' executive director, who, upon the former's arrival, offered a wheelchair. The former-PM, however, refused to use it and said he would rather walk into the hospital by himself, sources said.

Thereafter, the hospital's cardiac ward was closed to other patients as well as the public.

Once inside, Dr Naeem Malik, the PIMS cardiology department head, and his team carried out a check-up of Sharif and conducted blood and sugar tests.

Shortly after reports of Sharif's transfer spread, workers of the Pakistan Muslim League-Nawaz (PML-N) and the Pakistan Tehreek-e-Insaf (PTI) reached the medical facility and started chanting slogans in favour of and against the former premier, respectively.

Soon afterwards, however, police was forced to intervene, break up the group of allies and protesters, and kicked out workers of both parties off of the hospital's premises.

Further, the security inside and outside the PIMS hospital was tightened and 10 police officers, under the leadership of superintendent of police (SP) for prison department, were stationed to stay with Sharif.

On the other hand, the PTI, in an announcement, said party chief Imran Khan has prayed for Sharif's quick and complete recovery.

Medical board and its report

According to the findings of the medical board, which was formed on the request of the Adiala Jail superintendent, the ex-prime minister is experiencing pain in his elbows, feet, and shoulders, and there was noticeable swelling in those parts as well.

While further tests are advised and yet to be conducted, doctors recommended that the former premier be kept in a "stress-free environment" and under constant supervision.

The report had also noted that Sharif immediately be moved to the nearest hospital should he experience cardiac pain, whereafter he was transferred to the PIMS hospital.

Earlier, on July 24, a medical board formed to ascertain his health said the former premier was in need of constant medical care and attention.

A five-member medical board formed by PIMS had conducted a medical check-up of Sharif at Adiala Jail, formally known as the Central Jail Rawalpindi, on Monday, where the PML-N supremo is serving his sentence for corruption.

Sharif was arrested upon his arrival at the Allama Iqbal International Airport from London on July 13, wherefrom he was flown to Islamabad via a helicopter, and shifted to the prison. He is currently serving the sentence awarded to him in the Avenfield Properties case, alongside his daughter, Maryam, and son-in-law Captain (retd) Safdar. 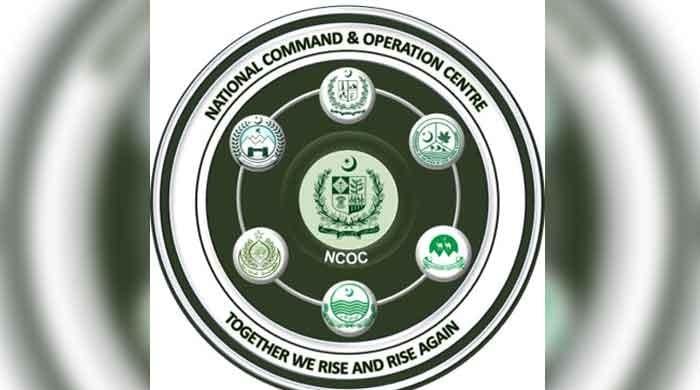